A class action lawsuit claims the failures of the Edenville and Stanford Dams were the result of "a decades-long failure to comply with regulatory requirements."

Yet another proposed class action alleges Michigan’s Department of Environment, Great Lakes & Energy; Department of Natural Resources; and Four Lakes Task Force knew or should have known by last year that conditions were ripe for the Edenville, Sanford and Secord dams to catastrophically fail.

According to the 32-page suit, the defendants, who also include Midland and Gladwin Counties, knew the lack of adequate auxiliary spillway capacity at the dams posed an unacceptable flood risk threatening nearby private and commercial property. Moreover, the defendants also knew or should have known the Edenville Dam had been repeatedly flagged as unsafe by the Federal Energy Regulatory Commission, which went so far as to revoke the license of the dam’s previous operator in 2018.

The lawsuit, filed by eight plaintiffs, alleges that despite the foregoing, the state defendants “intentionally failed to protect the Plaintiffs and the Class” from the danger of catastrophic flooding and directly contributed to the May 19 dam breach by forcing the prior owners to raise water levels while prioritizing “less important repairs.”

The complaint can be found here.

Lawsuit Looks to Represent 11,000+ ‘Forced to Flee’ Due to Edenville, Sanford Dam Breaches

The devastating and catastrophic failures of the Edenville and Sanford Dams were entirely preventable, another proposed class action claims.

Echoing prior lawsuits, the 37-page complaint alleges the collection of entities responsible for the dams’ operations and upkeep “indisputably knew” for years the structures were “inadequate, decrepit, unstable, unsafe, and would fail under predictable conditions.” The tragedy that has befallen more than 11,000 people living and working in Gladwin, Midland and Saginaw Counties is “the direct and foreseeable result” of the parties’ “willful, wanton, egregious, malicious, and despicable” disregard for their safety, the case scathes.

Filed by a homeowner whose property was destroyed, the case says the dams’ sudden failures caused “great anguish and turmoil for the entire community,” many of whom doubt their ability to return to the peaceable lives they formerly had. To this day, the suit says, floodwaters have yet to fully recede and the full extent of property damage and scope of what reconstruction and restoration may look like remains unknown.

The lawsuit can be found here.

A proposed class action filed May 27 alleges Boyce Hydro Power and the other entities responsible for the Edenville Dam “habitually ignored” warnings from the U.S. Federal Energy Regulatory Commission (FERC) that the structure’s lack of adequate spillways posed a significant risk to surrounding areas.

According to the case, the FERC informed the defendants in 2018 that the absence of adequate spillways around the Edenville Dam created “a grave danger to the public” in that the earthen embankment could not protect against a maximum flood event. The lawsuit details years of communications from the FERC making clear that the Edenville Dam posed a high hazard threat, with a 2017 compliance order stating the consequences of the defendants’ failure to address the spillway concerns would be immense for those residing downstream.

The suit looks to cover persons and entities who owned a residential or commercial property in, or resided in, Gladwin, Midland or Saginaw Counties, and who suffered economic losses due to the failure of the Edenville and Sanford Dams on May 19, 2020.

The complaint can be found here.

Michigan’s Department of Environment, Great Lakes & Energy and Department of Natural Resources knew the Edenville Dam posed a significant flood risk due to its lack of adequate spillways yet “opposed or delayed” interim measures to mitigate the hazard, according to a new lawsuit.

Filed May 22, the proposed class action alleges the former owners/operators of the Edenville Dam effectively ignored decades of warnings from the Federal Energy Regulation Commission (FERC) that the 95-year-old earthen embankment was susceptible to catastrophic erosion from overtopping due to inadequate spillway capacity. Despite repeated promises to fulfill the obligations set by their licenses to operate the dam, the owner/operator defendants “knowingly and willfully” refused to do so, putting public safety at risk, the lawsuit claims.

Further, when oversight of the Edenville Dam was transferred to Michigan after its former owners/operators’ licenses were revoked, the state failed to heed years of warnings from inspectors and the FERC and recent engineering opinions to implement temporary measures to reduce the flood risk “because of concern for freshwater mussels and fish,” the lawsuit alleges.

In all, the Secord, Edenville and Sanford Dams were breached, sparking catastrophic flooding and emergency evacuations in the Midland area, “as a direct result” of the defendants’ actions, the case alleges. The lawsuit looks to represent all individuals and entities who incurred bodily injury or property damage due to the flooding that resulted from the collapse of the Edenville Dam in May 2020 and can be found here.

At least three proposed class actions allege the catastrophic failures of the Edenville and Sanford Dams—and incalculable losses sustained by thousands of Gladwin, Midland and Saginaw County, Michigan residents and businesses—could have been prevented entirely.

Boyce Hydro Power, Edenville Hydro Property and a score of individuals and businesses involved in the ownership and operation of the Edenville and Sanford Dams “indisputably” knew for years that the dams were “inadequate, decrepit, unstable, unsafe, and would fail under predictable conditions,” according to one complaint. Another suit charges that both the Edenville Dam’s inevitable breach and failure of the Sanford Dam to prevent floodwaters from reaching Midland were “not an unforeseen event, but rather the result of a decades-long failure” by the defendants to bring the dams into compliance with federal and state regulatory requirements. 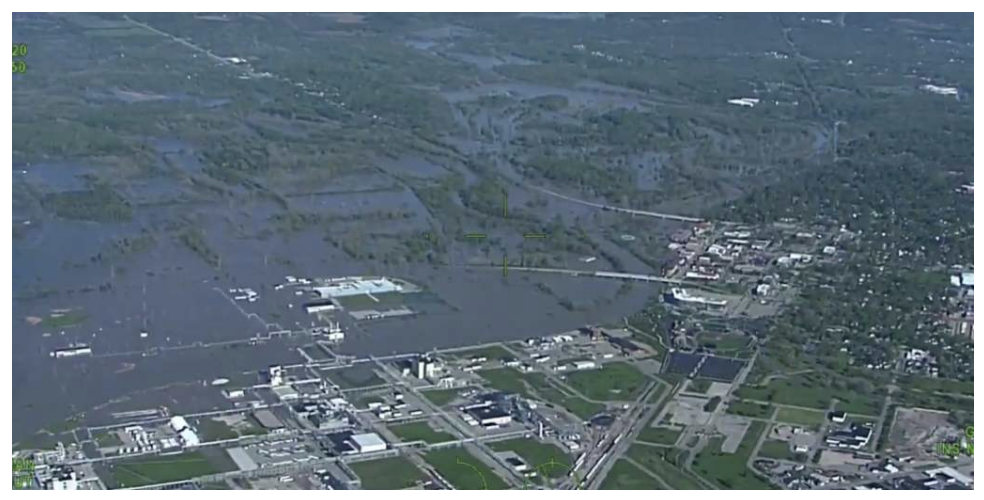 “This disaster was an unfortunate matter of time,” one case laments, with each lawsuit going into detail on the defendants’ alleged longstanding history of disregard for the danger posed by the Edenville and Sanford Dams.

On May 19, 2020, after heavy spring rains, the 96-year-old, 6,000-foot-long, 54.5 feet-high hydroelectric Edenville Dam, an embankment dam at the confluence of the Tittabawassee and Tobacco Rivers in Gladwin and Midland Counties, failed catastrophically, causing the Wixom Lake reservoir to empty. The subsequent flooding was so severe that the downstream Sanford Dam suffered overtopping damage before ultimately breaching and allowing areas even further downstream to be submerged by floodwaters. 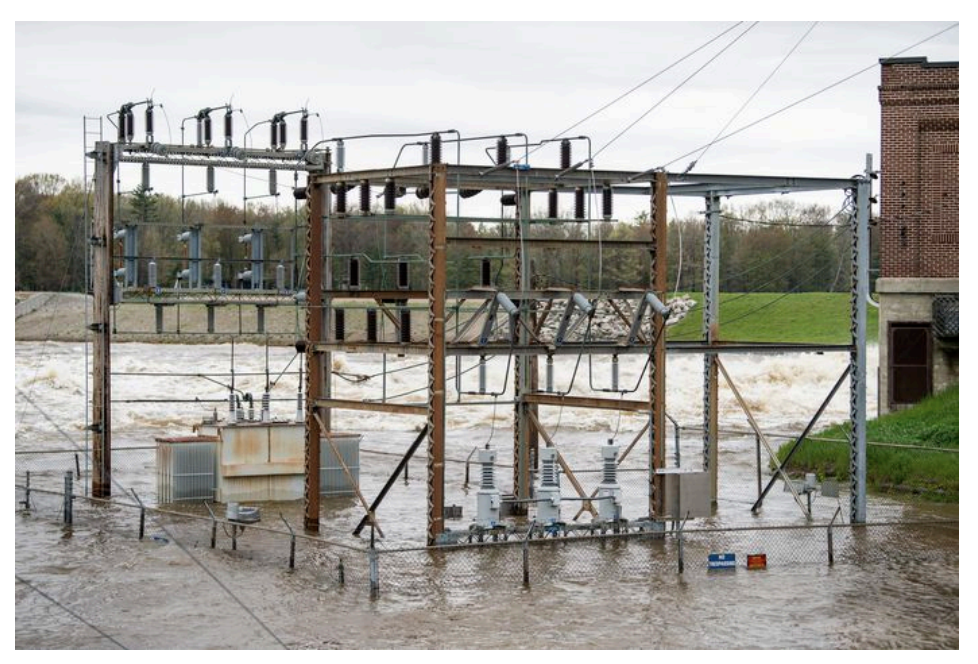 According to one suit, floodwaters were projected to have reached more than 30 feet high, and more than 11,000 residents were evacuated from their homes and businesses in search of higher ground. Floodwaters have damaged critical infrastructure in the area and have interfered with essential services, including sewage and power, while many residential and commercial properties have been completely destroyed, the lawsuits say. One case notes nearby Dow Chemical was forced to shut down amid the flood as a precaution amid concerns its own dams may not be able to withstand the devastation of the Edenville Dam breach. 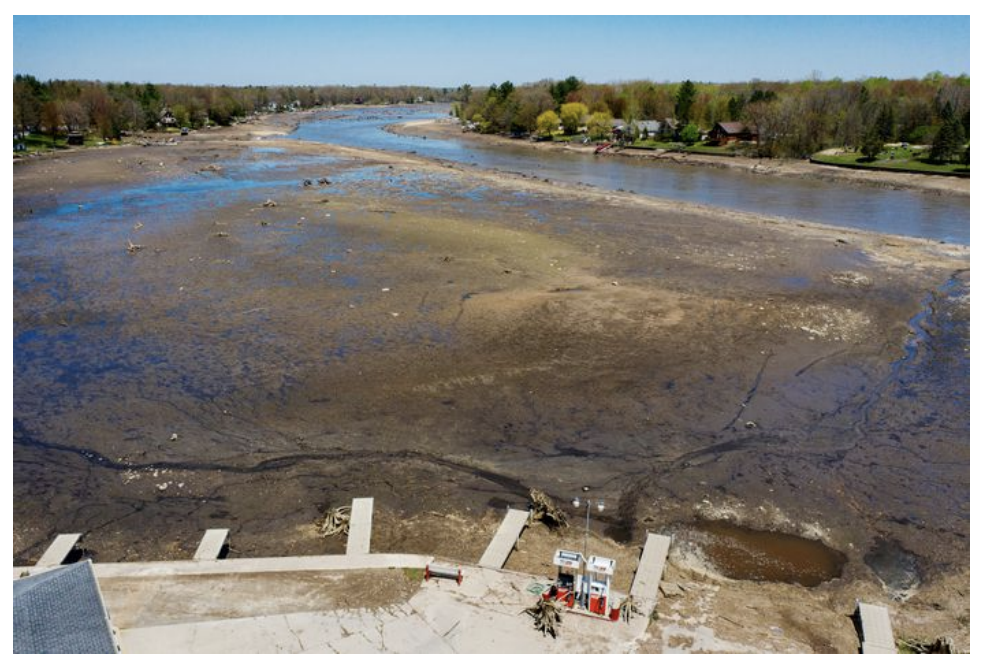 As of the cases’ May 22 filing, the Edenville Dam floodwaters have not fully receded, and the extent of property damage and work ahead with regard to rebuilding and restoration have not yet been realized, one complaint reads, stressing that it is “virtually certain that Class Members’ lives will not return to normal for many months, if not years.”

Undeniably complicating matters is the failure of the Edenville and Sanford Dams in the midst of the COVID-19 pandemic, the cases say. At the time of the breaches, Michigan, like many other states, remained under restrictions with regard to personal movement and economic activity, limitations that “severely limited the ability of residents to find food, shelter and other necessary provisions.”

As a hydroelectric dam, Edenville Dam was subject to U.S. Federal Energy Regulatory Commission guidelines, which require projects that could present a threat to human life or cause substantial property damage in the event of a flood be designed to either withstand overtopping or have a spillway whose capacity is adequate enough to prevent a reservoir from rising to an unsafe level, according to one case. 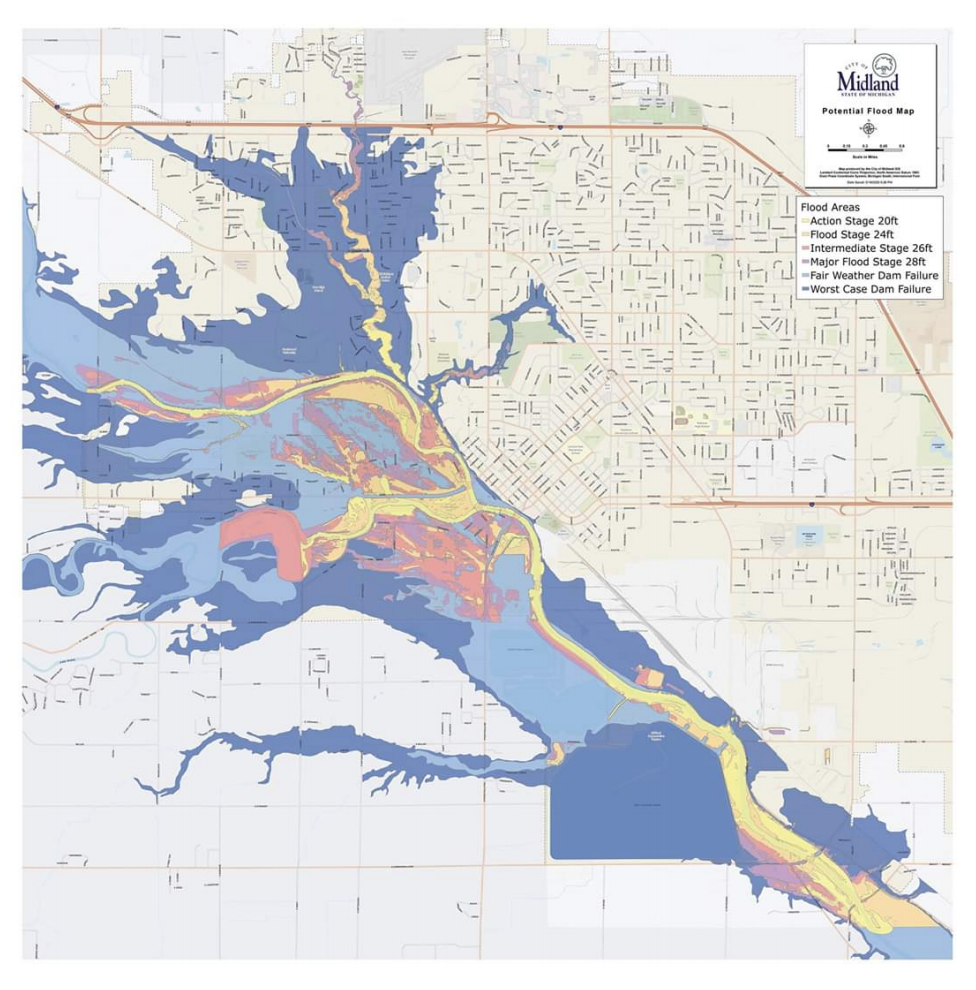 The 30-page lawsuit alleges the defendants—who include three William D. Boyce trusts and their co-trustees and beneficiaries; three Boyce Trust Hydro Properties; Edenville Hydro Property; Boyce Michigan and Four Lakes Task Force— have been “continuously” put on notice by the U.S. Federal Energy Regulatory Commission to the fact that the Edenville Dam could pose a significant risk to downstream areas. Further, the defendants were also made aware by the Commission that the Edenville Dam lacked, among other necessities, spillways that could reduce the dam’s risk of failure.

Upon the defendants’ acquisition of the Edenville Dam in 2004, the parties were sent a letter by the Commission’s regional engineer requesting they submit designs for the construction of auxiliary spillways in 2005 and 2006, the case continues. The defendants, however, ignored the request, per the complaint. Further efforts in 2009 and 2014 to construct spillways by 2015 and 2016 went nowhere, with the dam’s operators failing to meet deadlines or even file “complete and adequate plans,” according to the suit.

“For years leading up to the current disaster, spillway capacity at the Edenville Project could only pass about 50 percent of the [Probable Maximum Flood],” one lawsuit relays.

On June 5, 2017, the Edenville Dam owners/operators were found by the U.S. Federal Energy Regulatory Commission to be in violation of the terms of its license and regulations, the case continues, and the Commission in November of that year ruled the parties were in violation of the Federal Power Act, a law aimed at coordinating hydroelectric projects nationwide. In September 2018, the defendants lost their license to operate the dam as a result of their failure to construct adequate spillways. The dam ultimately fell under the regulatory authority of the Michigan Department of Environment, Great Lakes, and Energy, who also expressed “strong concerns” about its subpar spillway capacity, the lawsuit says.

In all, the defendants’ ownership of the Edenville Dam is marked by a pattern of neglect and penny-pinching disregard for regulations governing critical upkeep:

“Between the time they first assumed ownership and responsibility for the dam and the present, Defendants refused to pay for much-needed repairs and upgrades, despite knowing full well that the Edenville Dam could fail at any moment, endangering life and property downstream.

Instead of performing these critically-important repairs and upgrades, Defendants instead intentionally sought to hide the further deteriorating condition of the Edenville Dam.”

The lawsuits can be found below.