Attorneys working with ClassAction.org would like to speak to anyone who had a Pyrex dish explode or shatter after removing it from or while it was in the oven. They are investigating whether a class action lawsuit can be filed against the makers of the cookware in light of reports that the glass may not be as durable as it should be.

If your Pyrex cookware shattered, fill out the form on this page and share your story. Any information you provide can be helpful in determining whether a class action lawsuit is viable

Over the years, a number of reports have surfaced indicating that the “indestructible” glass bakeware can explode when exposed to sudden temperature changes. People have reported that the glassware can shatter when, for instance, moving a dish from the refrigerator to a heated oven or removing a dish from the oven and placing it on a countertop.

This means that, in theory, the soda lime silicate Pyrex wouldn’t be able to withstand a move from a 375-degree oven to a 70-degree countertop, as the temperature change would be well over 99 degrees.

How Can a Lawsuit Help

If a class action lawsuit is filed and is successful, consumers may be able to get their money back for Pyrex dishware that exploded. Furthermore, a court may order the manufacturers to redesign Pyrex and to divulge whether they changed the material used in the glassware, resulting in an inferior product.

A number of complaints have been posted online by people who had their Pyrex glassware shatter. Examples include [sic throughout]:

“On Sunday morning, November 12th, We were baking biscuits in our oven. We were using a new dish from Pyrex, it was a casserole dish with blue swirls on it, we recently purchased it and had probably used it a handful of times. When the biscuits had finished baking, they were placed on the stovetop to cool down, as we always do. I was standing in front of the Oven when Suddenly the dish exploded, small and large shards of glass flew through the air with extreme force, covering the entire kitchen. I was in shock and my ears were ringing, I looked down because my foot felt strange and noticed it was covered in blood.”
— ConsumerAffairs.com, Kyrie of Fountain Hills, Arizona

“I had company over to the house for a lasagna dinner…I had just taken it out of the oven, turned around for a quick second (thankfully) and the 8 1/2 x 14 Pyrex dish shattered all over my kitchen. I have never experienced this before and it was not an experience I want to relive. The glass went everywhere and needless to say all of the food was ruined. Pizza was ordered and I swore off ever owning Pyrex brand products again.”
— ConsumerAffairs.com, Pat of Wilmot, Nebraska

“Pyrex Easy Grab 8-Piece Glass Bakeware and Food Storage Set - I was baking yams in the largest pan. After I took the pan out of the oven and set it on top of the oven, it exploded. Shards of glass scattered all over the kitchen, as far as seven feet away. I am very lucky that I wasn't hurt and especially lucky that a shard of glass didn't end up in my eye! Unacceptable!”
— ConsumerAffairs.com, Tiffany of North Bend, Oregon

“Until this happened to me yesterday, I'd never heard of the Exploding Pyrex issue. I made a batch of mac-n-cheese on the stovetop, then wanted to bake it at 350 for about 20 minutes to finish it off. The Pyrex pan I used was fairly new, maybe a few years old…I put the mac-n-cheese in the pan and set it on the oven rack. No more than five minutes later, there was a tremendous boom from the oven, which was the pan exploding into hundreds of tiny pieces.”
—  ConsumerAffairs.com, William of Battle Ground, Washington

If this happened to your Pyrex glassware and you want to learn more about this investigation, fill out the form on this page. After you get in touch, one of the attorneys working with ClassAction.org may reach out to directly to learn more about what happened to you. It doesn’t cost anything to contact us or to speak to the attorneys we work with. 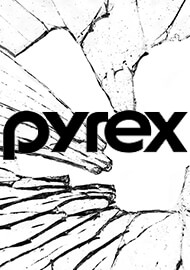 The information submitted on this page will be forwarded to Greg Coleman Law who has sponsored this investigation.