“The undisclosed presence of milk or eggs in the Rice Rusks presents a danger to children with egg or milk allergies,” the 21-page complaint states. “The Rice Rusks should be removed from Wal-Mart’s shelves immediately and purchasers should receive refunds.”

According to the suit, Walmart must disclose the presence of potential allergens such as milk and eggs under the Food Allergen Labeling and Consumer Protection Act of 2004.

Tell me more about the plaintiff’s situation.

The plaintiff’s daughter was diagnosed as having egg and milk allergies when she was only six months old, the suit says. As a general practice, the woman carefully examines the labels of food products she feeds to her daughter to ensure they do not contain milk or eggs. The plaintiff claims she bought Rice Rusks from a Walmart store in East Syracuse, New York, in early June 2018, noting there was no indication anywhere on the package that the product contained milk or eggs. 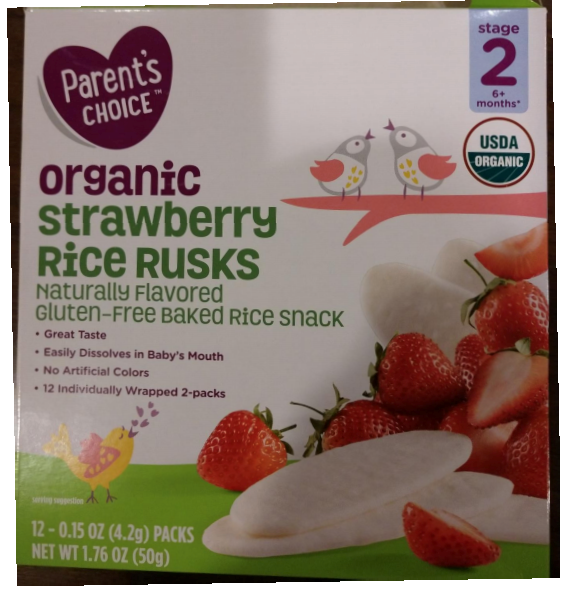 After feeding her daughter the Rice Rusks, the plaintiff says, the child “began to experience itching and raised, red hives all over her body,” which the woman states she immediately recognized as signs of an allergic reaction.

According to the suit, the plaintiff called Walmart the next day to ask about the ingredients in the company’s Parent’s Choice Rice Rusks. A Walmart representative informed the plaintiff that Rice Rusks may contain milk and eggs, the suit continues, and that the product’s packaging clearly stated that it may contain such. After an over-the-phone back and forth, the plaintiff reportedly checked Walmart’s website and found that the Rice Rusks package displayed online was different than that found in the East Syracuse store. The package displayed on Walmart’s website did in fact show the product may contain milk or eggs, the case shows via screenshot: 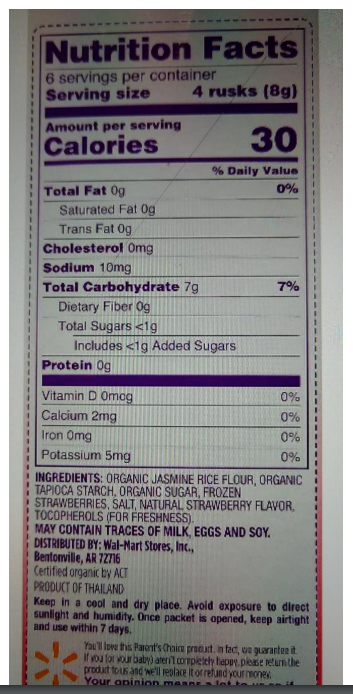 The lawsuit further claims the plaintiff’s daughter “did not sleep for two nights and continuously cried and tried to scratch herself.”

Which consumers does the lawsuit look to cover?

The case looks to certify a class of consumers across the country, as well as a New York-specific subclass, who bought Rice Rusks with packaging that did not disclose the presence of milk or eggs.

Is there anything I need to do to join this lawsuit?

Nope. Consumers don’t have to do anything to be involved with this lawsuit—other than check back with ClassAction.org as the case moves forward.

The full complaint is below.