Filed in Superior Court of the District of Columbia, the 26-page lawsuit alleges that Ben & Jerry’s representations that their ice cream products are “humanely sourced and environmentally responsible” are fraudulent. The plaintiff, non-profit public interest group Organic Consumers Association, says the milk found in Ben & Jerry’s products are sourced from “inhumane dairy farms,” with some of the ice cream flavors themselves containing “traces of an environmentally harmful biocide.”

Alleging violations of the District of Columbia’s Consumer Protection Procedures Act, the case claims consumers have been “misled and deceived” into buying ice cream whose ingredients and sourcing have been positioned as part of a “carefully orchestrated image for the Ben & Jerry’s brand.”

The defendants boast that Ben & Jerry’s ice cream is made with milk produced by “happy cows” raised in “Caring Dairies,” the case says. The effect of this claim, the suit continues, is that consumers believe the product they’re purchasing is derived from ethical animal-raising practices more humane than those typical to “regular, factory-style” mass-production operations. An added bonus for consumers, the complaint goes on, is that the product they’re most likely paying a premium price for ostensibly has less severe of an impact on the environment than one created through mass-production.

According to the lawsuit, however, the cows that produce the milk used to make Ben & Jerry’s ice cream are, in fact, raised in the same standard factory-style, mass-production dairy operations the defendants decry publicly, a far cry from the companies’ supposed “Caring Dairies.”

And it apparently doesn’t stop there. The complaint goes on to claim that while Unilever markets Ben & Jerry’s products as having been produced with environmental responsibility in mind, some of its ice cream contains glyphosate, a synthetic biocide. Glyphosate, according to the lawsuit, is known to have “detrimental environmental effects.”

As the lawsuit puts it, all of the defendants’ public representations of Ben & Jerry’s being produced by ethically treated cows and through environmentally conscious means are intentional. Unilever, the case says, “knows that American consumers increasingly and consciously seek out, and will pay more for, humanely farmed and environmentally responsible products.”

What else does the case say about Ben & Jerry’s “caring dairies?”

Unilever’s “Caring Dairy” program is described on the company’s website as “a unique program that’s helping farmers move toward more sustainable practices on the farm.” This mission statement, the case says, is in step with Unilever’s outward position as a proponent of “values-led sourcing” for Ben & Jerry’s ice cream, with the goal of “finding ways to reduce the environmental impact” of the defendants’ operations. Farms can join the “Caring Dairy” program only after becoming a verified third-party organization that meets certain standards for “Cow Care,” “Planet Stewardship,” and “Farmer & Farm Worker,” according to the suit.

“Taken together,” the complaint says, “Unilever’s representations about the ‘Caring Dairy’ program (the ‘Caring Dairy Representations’) are intended to, and do, portray to consumers an image of animal husbandry that is more humane than regular factory-style, mass-production dairy operations.”

The reality of how the milk that goes into Ben & Jerry’s ice cream is sourced, however, is that the defendants’ “Happy Cows”—featured prominently on just about every pint of Ben & Jerry’s—are subject to the same conditions as those houses in factory-style, mass-production facilities, the case charges.

More specifically, the lawsuit says that “only some” of the facilities from which the defendants source the milk used in Ben & Jerry’s ice cream have been verified through Unilever’s “Caring Dairy” program. Many of the cow farms are, in fact, mass-production facilities, according to the suit. 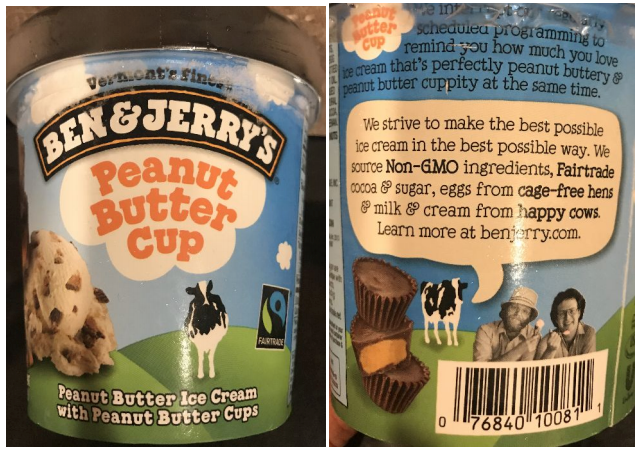 The lawsuit singles out the St. Albans Cooperative Creamery, a dairy co-op with more than 360 members that sources and processes the milk used in Ben & Jerry’s, in St. Albans City, Vermont. As of January 2017, the lawsuit says, “fewer than 90” of the co-op’s 360 members were verified as “Caring Dairy” facilities.

St. Albans does not distinguish or keep separate milk produced at “Caring Dairy” farms from milk coming from non-verified facilities, the lawsuit points out. To this, the plaintiff argues that it’s likely that “less than 25 percent” of the milk in Ben & Jerry’s ice cream comes from dairy farms certified by Unilever as upholding its lofty ethical and environmental standards.

Even further, the lawsuit adds that a member of the St. Albans co-op was fined in 2017 over reportedly illegally discharging agricultural waste into a brook that feeds into Lake Champlain. The same St. Albans member, according to the case, was issued an FDA warning letter back in 2015 because, the lawsuit says, it “offered for sale a [dairy cow] for slaughter as food that was adulterated” with an animal drug deemed unsafe under the Food, Drug & Cosmetics Act. Most recently, this member of the St. Albans co-op built an expansion in one of Vermont’s most polluted watershed without permits or mandatory inspections, the case says.

The green fields and grazing, ‘happy’ cows shown on the Products misrepresent the kind of industrial dairy practices employed at the St. Albans members that supply much of the milk found in the Products.”

Tell me more about glyphosate.

I’ll let the complaint do the talking:

Glyphosate is, by volume, the world’s most widely produced herbicide. Glyphosate was invented by the agrochemical and agricultural biotechnology corporation Monsanto, which began marketing the herbicide in 1974 under the trade name Roundup, after DDT was banned.”

The lawsuit charges that reasonable consumers do not expect a chemical with such a controversial history and suspected health risks to be found in a product made by a company like Unilever that positions itself as on the forefront of “values-led” sourcing, environmental sustainability, and the movement for transparency in the country’s food supply chain.

Nowhere on pints of Ben & Jerry’s is it mentioned that the ice cream could contain trace levels of glyphosate, the suit notes.

Which Ben & Jerry’s flavors are specifically mentioned in the lawsuit?

The complaint says the following Ben & Jerry’s flavors contain glysophate or its byproducts:

In other words, all of the best Ben & Jerry’s flavors allegedly contain an environmentally harmful synthetic compound.

What’s the lawsuit hoping to get out of all this?

The non-profit organization is acting on behalf of its members – and the general public – to put an end to Unilever’s allegedly false marketing and sale of Ben and Jerry’s ice cream. Note that unlike a standard class action lawsuit, this case is not seeking compensation for a specific group of people.

I have a passion for both consumer protection and delicious frozen treats. What can I say?