Young Living Essential Oils, LC was hit with a proposed class action this week claiming that consumers have been misled by the company’s statements regarding the health-related benefits of its popular essential oils.

According to the lawsuit, Young Living’s claims that its oils are “therapeutic” and can help relieve anxiety, improve sleep, and provide clarity, among other health-related benefits, are not supported by “any competent and reliable scientific evidence.”

In truth, the suit says, the essential oils “provide no health[] or medicinal benefit whatsoever.”

The case claims consumers have been duped by the company into paying a hefty price for the essential oils—as much as $36.00 per bottle—when similar products cost less than half that much. As stated in the complaint:

As a result of Defendant’s unlawful and deceptive conduct, Plaintiff and Members of the Classes have been, and continue to be, harmed by purchasing a product under false pretenses and paying more for it than they otherwise would have, if they would have purchased it at all.”

The 30-page lawsuit centers on the claim that consumers purchased Young Living’s essential oils, or at least paid as much as they did, based on the multi-level marketing company’s representations that the products are “therapeutic” and provide a number of health-related benefits.

According to the suit, each bottle of Young Living essential oil prominently states that the product is “therapeutic-grade.” 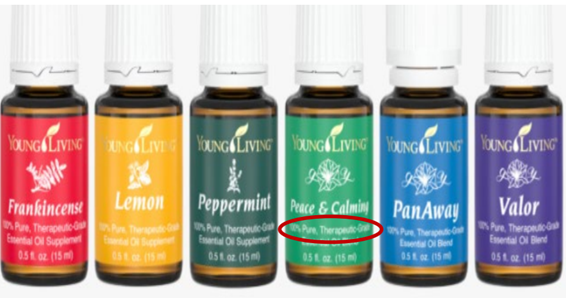 To support its “therapeutic” claim, Young Living allegedly represents that its products offer various physical, mental or medicinal benefits, including claims that specific versions of its oils can:

Young Living, the suit says, expects consumers to rely on these representations when making purchasing decisions. The problem, according to the case, is that the essential oils sold by Young Living “actually provide no health-related benefits whatsoever,” meaning consumers have paid a premium price for a product that cannot deliver on its promises.

The lawsuit goes on to note that the National Advertising Division (NAD), a regulatory body tasked with independently monitoring and reviewing the accuracy and truth of national advertising claims, recently challenged Young Living’s health-related claims about its products—in particular, the representation that they are “therapeutic.” During the proceeding, Young Living failed to produce “any competent and reliable scientific evidence” to support its health-related claims, according to the case. As a result of the proceeding, the NAD directed Young Living to permanently discontinue its claim that its essential oils are “therapeutic,” as well as several related claims that the oils:

In response to an appeal of the NAD’s decision by Young Living, the National Advertising Review Board (NARB) in November 2020 affirmed the earlier ruling, concluding that Young Living’s “therapeutic” and related health benefit claims were “unsupported.”

Despite stating that it would comply with the NARB’s decision, Young Living has continued to reference “therapeutic-grade essential oils” on its website, the lawsuit says, and consumers can still purchase bottles of the product with the allegedly deceptive labeling from third-party vendors.

The proposed class action argues that Young Living’s marketing and sale of its “therapeutic-grade” essential oils violates the Federal Trade Commission Act and the Food, Drug, and Cosmetic Act in that the products were falsely and misleadingly marketed and promoted as drugs intended to diagnose, cure, mitigate, treat or prevent disease despite not being approved for such an application by the FDA.

The lawsuit points out that this isn’t the first time Young Living has been accused of falsely and misleadingly labeling its products. The FDA in September 2014 sent the company a warning letter in which the agency stated that the company’s products were improperly being promoted for the treatment of conditions such as viral infections (including Ebola), Parkinson’s disease, autism, diabetes, hypertension, cancer, insomnia, heart disease, post-traumatic stress disorder (PTSD), dementia, and multiple sclerosis—conditions that cannot easily be diagnosed and treated by individuals who are not medical practitioners. The FDA directed Young Living to “take prompt action to correct the violations cited” in the letter.

Young Living is also facing another class action lawsuit in which the plaintiff claims the company is “nothing more than an unlawful pyramid scheme.” The case alleges that while Young Living told distributors that by selling essential oils they could “take control of [their] future,” among other promises of success, the vast majority of members lose money. Filed back in December 2019, the lawsuit is currently pending in Utah federal court.

Both this case and the earlier case against Young Living also reference “controversial moments” in the life of Young Living founder Gary D. Young, including his prosecution for practicing medicine without a license, the running of a “Young Living Research Clinic” in Utah where a physician convicted of manslaughter was employed, and allegations that Young “nearly killed a patient” with vitamin C infusions that led to renal failure. More details regarding the company’s apparently shady past can be found over on our blog.

Ah, back to the matter at hand.

The lawsuit looks to cover anyone in the U.S. who purchased essential oil products labeled as “therapeutic” from Young Living for personal use anytime during the applicable limitations period and through the date a class is certified.

The case also proposes a class of individuals who did so in California, Florida, Illinois, Massachusetts, Michigan, Minnesota, Missouri, New Hampshire, New Jersey, New York, Rhode Island, Washington, and Wisconsin, as well as a sub-class of those who did so in New York.

As is the case with most class action lawsuits, there’s nothing you need to do to join the lawsuit, at least for now. If the case moves forward and settles, notice of the settlement will likely be advertised or sent to those affected, and then you’ll have a chance to claim whatever compensation the court deems just. Find out more about the process here.

If you’d like to stay on top of class action news and updates, sign up for ClassAction.org’s newsletter here.