The proposed class action lawsuit detailed on this page has been dismissed. In a July 11 memorandum opinion and order of dismissal, U.S. District Court Judge John G. Koeltl agreed with L’Oreal’s arguments that the plaintiffs’ state law claims were preempted by the Food, Drug and Cosmetics Act (FDCA), and added that the plaintiffs also failed to show that the four products highlighted in the suit were falsely or misleadingly labeled.

Judge Koeltl further noted that L’Oreal is already in compliance with the FDCA in that it labels its cosmetic products with the net quantity of their containers’ contents “irrespective of the amount that was accessible through the pumps” – and that this is all it needs to do. According to the dismissal document, the plaintiffs’ attempt to assert that L’Oreal should have also informed consumers that they would not be able to access the entirety of the contents of the cosmetic products’ containers falls outside of the requirements of the FDCA.

Lastly, Judge Koeltl threw in that the plaintiffs failed to plausibly show that reasonable consumers would be deceived by L’Oreal’s product packaging. From the document:

“Products with pump dispensers proliferate the market for cosmetics. A reasonable consumer would know that a container that dispenses a viscous cosmetic through a pump will not dispense all of the cosmetic. Consumers are generally aware that they will not be able to extract every bit of product from such containers. This awareness is grounded both in common knowledge of pump dispensers and consumer familiarity with viscous substances like soaps, shampoos, conditioners, toothpastes, lotions, sunscreen, hair gels, ointments, and other cosmetics and personal care products that a reasonable consumer would know to be viscous.”

The order of dismissal can be read here.

L’Oreal USA, Inc. finds itself facing claims that the packaging for some of its liquid cosmetic products is deceptive and materially misleading to consumers. According to a proposed class action lawsuit, the manual pumping mechanism for bottles of L’Oreal’s liquid cosmetics is defective and ultimately prevents consumers from accessing “a large percentage” of product for which the suit says they paid a premium price.

What does the lawsuit say exactly?

The lawsuit centers on the claim that L’Oreal’s packaging of its manual-pump liquid cosmetics is deceptive. While the containers are advertised as housing a specific amount of product, consumers are unaware that they simply will not be able to use a significant amount of what they paid for, the suit claims. The four named plaintiffs allege that, in some cases, more than half of the liquid cosmetic product in L’Oreal manual-pump containers is inaccessible because the pumps “cannot adequately and reasonably dispense viscous liquids.”

Manual pumps aside, the lawsuit claims the glass containers themselves are also unnecessarily problematic for consumers. To hear the plaintiffs tell it, the small glass bottles are “sealed shut and designed to prevent consumers from opening them.” Essentially, even if you’re the type to open a container and scrape out the remaining contents, you would be unable to do so with L’Oreal’s liquid cosmetics, the case says.

Topping off these allegations, the suit goes on to claim viscous liquid products like the makeup in L’Oreal’s containers can be more easily—and more completely—dispensed from a screw-top container that utilizes a removable pump, like those used by other cosmetic makers. In fact, L’Oreal itself uses “more efficient packaging types” for some of its other products, the case says, indicating the company is therefore familiar with any associated advantages.

Does the suit mention any specific L’Oreal products?

Four specific L’Oreal liquid cosmetics products are singled out in the lawsuit:

Roughly how much product am I supposedly losing out on?

Citing independent lab testing, the case says that L’Oreal’s manual-pump containers dispense “between as little as 43 percent to 81 percent” of their advertised contents. If we’re talking dollars and cents, the lawsuit claims consumers who pay, say, $15 for a L’Oreal liquid cosmetic product lose on average $7 on their purchase due to the company’s packaging. 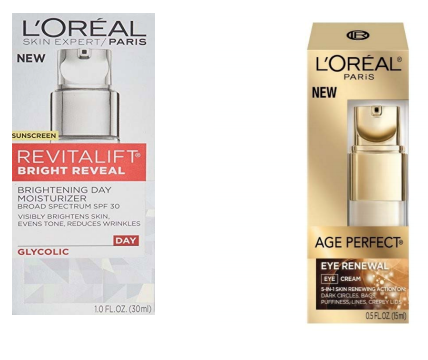 Has L’Oreal responded to any of this?

The defendant has “sometimes acknowledged” consumer complaints lodged on its websites and social media channels, the lawsuit says. L’Oreal has allegedly known of the issues with its manual-pump packing for at least eight years, yet has only gone so far as to thank consumers for sharing their feedback and promising to share customer comments with company management.

Given the steady wave of consumer complaints about the packaging, the lawsuit charges there’s no way L’Oreal is not aware of the problems people have experienced attempting to pump liquid cosmetics out of the company’s glass containers.

Which consumers does the lawsuit hope to cover?

The lawsuit hopes to cover all consumers who bought L’Oreal’s liquid cosmetic products in containers that utilize a manual pump.

I have been complaining about this for years! How do I join the lawsuit?

The thing is, you don’t need to do anything to be a part of a class action lawsuit. More often than not, class actions take a long time to work their way through the court system. The only time you’ll have to do anything is if and when a settlement is reached. Hang tight and check back here for updates.