September 21, 2020 – Investigation Closed
Attorneys working with ClassAction.org are no longer investigating claims on behalf of people who took Zoloft and delivered a child with birth defects. If you have questions regarding your rights, please contact an attorney in your area. Our open list of investigations can be found here.

This Alert Affects:
Women who took Zoloft while pregnant and delivered children with birth defects.
Injuries:
Birth defects including heart, abdominal, and cranial defects. These injuries include cardiac defects, spina bifida, and other problems.
Manufacturer:
Pfizer, Inc.
What is Zoloft?
Zoloft is used to treat depression, obsessive compulsive disorder, panic disorder, post-traumatic stress disorder, premenstrual dysphoric disorder, and social anxiety disorder. It belongs to a group of antidepressants known as selective serotonin reuptake inhibitors (SSRIs).
FDA Warning:
In 2006, the FDA published a Public Health Advisory citing a study that found an increased risk of persistent pulmonary hypertension of the newborn (PPHN) in infants whose mothers took SSRIs such as Zoloft during their pregnancies.
Type of Lawsuit:
Mass Tort

Hundreds of women have taken legal action against Pfizer Inc., the manufacturer of Zoloft, after delivering infants with congenital birth defects and malformations.

These lawsuits allege that use of the antidepressant during pregnancy can put a fetus at risk for serious medical problems, some of which are life-threatening.

Did you deliver a child with a birth defect after using Zoloft? If so, Class Action lawyers would like you to know that there is still time to join the hundreds of women who have filed lawsuits against Pfizer.

Contingency fees are usually the preferred method of payment for defective drug lawyers. When an attorney works on a contingency-fee basis, it means that he or she will only collect payment for work done on the case if it is successful. With this arrangement, the lawyer will typically request one-third of the award as his or her fee.

Although some believe the Zoloft lawsuits are a class action, they are actually being handled through a procedure known as multidistrict litigation (MDL). This means that a single judge is overseeing all federally-filed lawsuits involving Zoloft. Unlike a class action, each plaintiff in the MDL will retain his or her right to an individual award, trial, and attorney. An MDL ultimately helps to save time and money for all parties involved and ensures consistent rulings throughout the litigation.

Why Are Lawsuits Being Filed?

More than 400 women have accused Pfizer of releasing a defective drug into the marketplace, hiding the information it found during pre-market testing for Zoloft, and failing to provide adequate warnings for the antidepressant.

Some lawsuits have been filed on behalf of infants who died from complications allegedly associated with their mothers’ use of the drug during pregnancy; others are seeking compensation for medical costs and household renovations that were needed to accommodate their children, many of whom are suffering from permanent birth defects.

One plaintiff claims she took Zoloft throughout her pregnancy and delivered a baby with numerous heart defects that led to the child’s death just 17 days after being born. Infants have reportedly suffered from complicated internal organ defects including omphalocele (where the intestines or other organs protrude from the navel) and craniofacial defects, such as cleft lip and palate.

According to court documents, Pfizer has known since 2005 that Zoloft would cross the placenta and pose risks to an unborn fetus, and others have reported that the manufacturer knew of the birth defect risk as early as the 1990s. Plaintiffs claim that even pre-market tests performed by Pfizer showed malformations in non-human mammals, yet the manufacturer failed to disclose this information to women taking the drug.

What Birth Defects Have Been Associated With Zoloft?

Several studies published in the NEJM, the British Medical Journal, and the Journal of Clinical Epidemiology showed that mothers who used SSRIs such as Zoloft while pregnant had an increased risk of delivering children with birth defects. An additional study from the NEJM found that SSRIs doubled the risk of septal heart defects in children. SSRIs have also been linked to delays in motor skills and increased tremors in children ages six months to three years, according to a news article from The New York Times. 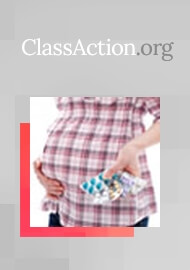 After Lawsuits Over Lexapro, Zoloft, New SSRIs Released & Approved For Use 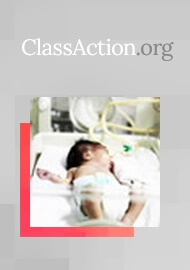 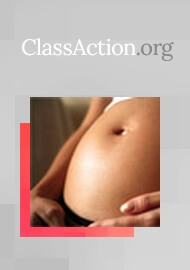 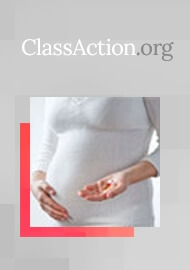 New Study Highlights Risk of SSRI Use During Pregnancy