April 13, 2020 – Investigation Closed
Thanks to everyone who helped contribute to this investigation. At this point, attorneys working with ClassAction.org no longer need to hear from people who had issues with their Snapshot device. At least one lawsuit that was filed was later dismissed. If you have questions regarding your rights, please contact an attorney in your area. The information below was posted when the investigation began and exists for reference only. A list of open investigations can be found here.

This Alert Affects:
Anyone who enrolled in Progressive’s “Snapshot” program and had problems with their car’s battery or electrical system after plugging in the device.
What’s Going On?
Attorneys working with ClassAction.org are investigating whether a class action lawsuit can be filed on behalf of these individuals.
How Could a Class Action Lawsuit Help?
A class action lawsuit could help drivers get back money spent on repairs, including new battery installations.

Attorneys working with ClassAction.org would like to speak to drivers who enrolled in Progressive’s Snapshot program and suffered damage to their cars’ batteries and/or electrical systems.

They have reason to believe the Snapshot device is defective and are investigating whether a class action lawsuit can be filed.

Before the attorneys can even consider filing a class action lawsuit, they need to speak with drivers to learn more about the problem.

How Could a Class Action Lawsuit Against Progressive Help?

A class action lawsuit could help drivers get back the money they spent on new batteries, jumper cables and any repair work done to their cars. Furthermore, it could order Progressive to change the design of its Snapshot device or stop the program entirely.

What Could Be Causing the Electrical Problems?

It’s believed that the design of the Snapshot device is causing damage to drivers’ batteries and electrical systems. Specifically, attorneys suspect that the device was designed so that it is continually powered by the vehicle’s battery. This means that the Snapshot device may be using the electrical current from the battery even when the car is not on. This can cause the battery to drain to the point where the car won’t start and needs a new battery to function.

What Issues Have Snapshot Users Reported?

Drivers have reported that their cars wouldn’t start and needed to be jumped – and even shut off while driving.

Some have also claimed that:

A number of complaints have been posted online by Progressive customers and show the severity of the problems reportedly connected to the Snapshot device. These complaints include [sic throughout]:

“On December 12th 2017 I plugged in my Snapshot Device, the vehicle had no issues…On December 15th 2017 the vehicle would not start. The snapshot device had continued to run even when the vehicle was parked and off, killing the battery over the day and a half it was not driven. It would appear based on a simple search of the web that my vehicle was not the only one to react in such a fashion to the device being installed.”
— Justin Williams, ExpertInsuranceReviews.com

“I went to start my car after class and it was completely dead. Absolutely no lights came on in the car when I turned the key - not even dim lights…I thought about it and realized the only thing plugged in was the snapshot device, so I googled ‘snapshot dead battery’. There are literally hundreds of people online with stories saying that this device has cause everything from dead batteries in their cars to a complete failure of their on board computer system…In the morning, approximately nine hours later, my car was again completely dead...I again jumped it and went directly to purchase a new battery…When I went to leave work, my car again would not turn on at all even though I had a brand new battery installed only five hours prior.”
— wizardbrigade, Reddit.com

“I took the car to our mechanics, they checked it out and all the wiring under the dash was burned. The mechanic said the failure started exactly where we plugged the Snapshot in. I think that the Snapshot short-circuited the whole system…I want people to know that this device left me without brake lights at night and that’s dangerous.”
— Patty Pinch, Kiro7 News

“This is a real problem…I work in a shop where we do handicap modifications to cars. I am the service manager. I have seen these cause dead batteries TWICE. They actually have a very high battery draw. Progressive won't know anything about it so don't bother calling them, they just sell insurance. They know nothing about Ma power draw figures.”
— strap624, KiaSoulForums.com

“About 2 weeks ago, my wife insisted that we install Progressive's ‘snapshot’ devices into two of our cars in hopes of reducing our insurance premiums. Since then, I now have a check engine light that has come on in our GS430 and a dead battery in our Lincoln LS.”
— jjbenzo, ClubLexus.com 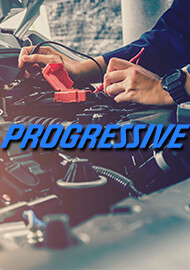