A class action claims Luminox has falsely advertised its "always visible" watches fit given the products can fog up in hot or cold temperatures due to a defect.

A proposed class action alleges consumers who have bought Luminox’s "Navy SEAL" watch with self-illuminating technology did not get what they paid for given the product suffers from a defect that can cause the watch face to fog up when worn outdoors in hot or cold temperatures. 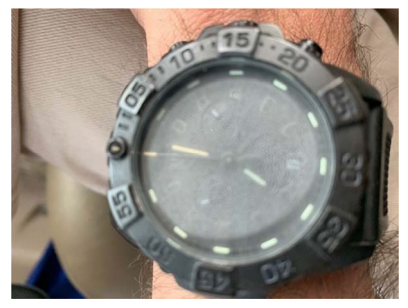 The plaintiff, an avid surfer, fisherman, diver and sailor, claims that despite Luminox Watch Company’s marketing of its signature Swiss-made product as fit for “extreme performance,” made for “rugged outdoorsmen,” offering “extreme visibility” and “The Official Watch of the Navy SEALs,” the watches—whose faces are touted always visible, even in complete darkness—are plagued by a defect that can cause internal cloudiness in certain weather conditions.

Per the suit, Luminox watches are equipped with a “self-powered illumination system” that uses micro-gas light tubes to ensure the watch face is always visible no matter the conditions. Although defendant Lumondi, Inc. has acknowledged the fogging issue, couching the alleged defect as “normal,” the problem amounts to a stark departure from the company’s marketing claims and a failure of the key feature that sets Luminox’s watches apart from the competition, the plaintiff says. 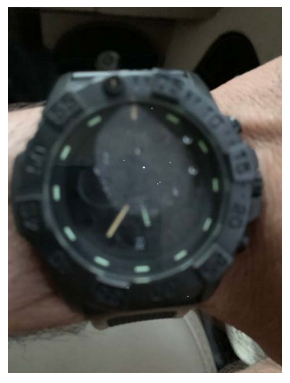 “The fog that forms underneath the watch face is not only unsightly but can also render the watches substantially unreadable, totally contradicting their trademarked slogan ‘ALWAYS VISIBLE,’” according to the complaint.

Central to Luminox’s marketing of its watches is the that Navy SEALs are affiliated with the company, the lawsuit relays. Since the release of the Luminox 3001 Original Navy SEAL watch in 1994, the company has kept its ties to the Navy SEALs front and center in its advertising and product lines, going so far as to offer a series of three watches branded as “Sea,” “Air” and “Land,” the complaint says.

The imagery afforded by its ties to the Navy falls apart when viewed through the lens of the apparent fogging defect, the plaintiff claims. The Luminox watches, marketed specifically to military service members, first responders, scuba divers, athletes and anyone else in search of “extreme performance” from a “rugged” timepiece, are in truth “poorly suited” for the conditions for which they’re advertised as appropriate, the lawsuit alleges.

According to the case, Luminox has known of the fogging defect for years yet has nonetheless continued to tout its watches as offering “ultimate visibility.” Per the suit, the FAQ section on the company’s website even notes an answer to the question of whether it’s normal for a Luminox watch to fog up, saying, in part:

“This can happen if the watch is exposed to extremes of heat and cold in quick succession, e.g. Exposed to the hot sun and then worn while swimming or in a cold shower, or falling while skiing and exposing the crystal to ice cold snow. As long as the fog is NOT caused by a leak due to shock or damage to the watch, the fog will dissipate when the watch is in a normal climate again.”

The lawsuit, however, contests outright Luminox’s claim that it’s “normal” for its watches to fog up during everyday use:

“Regardless of whether it is ever ‘normal’ for a regular watch to fog up just because it is worn outdoors, it is certainly not ‘normal’ for a watch developed for Navy SEALs and marketed to ‘rugged outdoorsmen’ seeking ‘extreme performance’ and ‘ultimate visibility’ to do so.”

The plaintiff says that after emailing Luminox in May 2019, he was surprised when the company suggested that he send his six-month-old watch in for servicing. After the watch was returned to the plaintiff, however, the fogging issue persisted, the suit relays.

The lawsuit, which alleges violations of New York’s General Business Law, the federal Magnuson-Moss Act and California Consumers Legal Remedies Act, looks to cover all consumers in the United States who, during the longest period of time permitted by law, bought a Luminox watch.