A lawsuit claims the maker of the supposedly “high protein[,] low calorie” G Butter nut-based spreads has “significantly” understated the products’ calorie, fat, carbohydrate, and sugar content while overstating the amount of protein in each serving.

A proposed class action claims the maker of the supposedly “high protein[,] low calorie” G Butter nut-based spreads has “significantly” understated the products’ calorie, fat, carbohydrate, and sugar content while overstating the amount of protein in each serving.

According to the lawsuit, defendants GButter LLC and GSweat LLC’s misrepresentations violate federal product labeling laws and have caused consumers to pay a premium price for a product advertised and marketed with misstated nutritional contents. 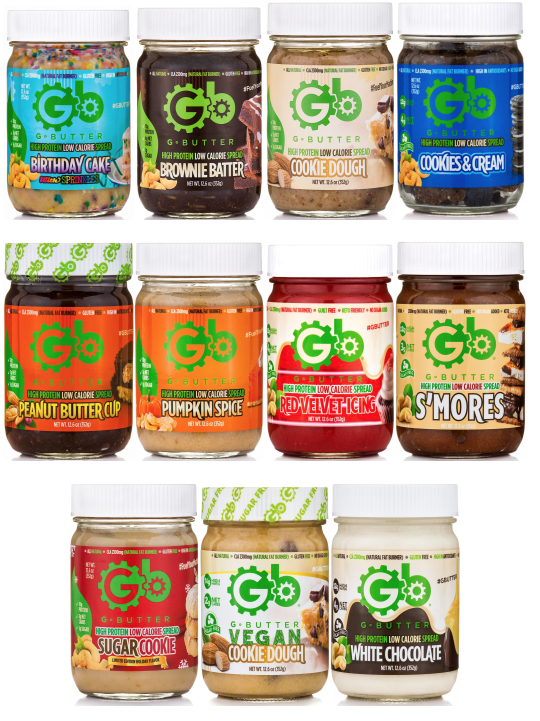 The 31-page complaint out of Florida federal court alleges the defendants essentially represent all 11 varieties of their G Butter nut spreads as a health food and protein supplement. Statements on the companies’ website and product labels reportedly tout G Butter as part of a “healthy lifestyle” and as a way for health-conscious consumers to satisfy their “sweet tooth addictions” with a “high protein & low calorie” spread.

The case argues, however, that these claims, and even the nutrition facts stated on the products’ labels, are blatantly false. While the product labels state that each variety of nut spread contains low amounts of calories, carbs, fat, and sugar, the suit claims independent testing performed on behalf of the plaintiff has proven otherwise.

Below are two charts included in the complaint that display values stated on each variety of G Butter’s Nutrition Facts label panel, followed by the amounts determined through independent testing (note that not all varieties were submitted for testing):

The complaint argues that all G Butter varieties contain roughly 100 percent more calories and carbs, and 200 percent more fat, than the amounts stated on product labels. Similarly, the defendants have consistently overstated the nut spreads’ protein content by over 50 percent, according to the case.

The lawsuit claims these under- and over-statements of “key nutritional information” are intentional and “deviate well beyond the bounds of any legally permissible margins of error.”

Further, the case sticks on G Butter’s “high protein” and “low calorie” claims, noting that the FDA has strict requirements for nutrient content statements on product labels. According to the lawsuit, the products’ protein and calorie content fall far outside FDA requirements, despite leading consumers to believe G Butter is healthy. From the complaint:

“However, unbeknown to Plaintiff and the Members of the proposed Classes, all of whom relied upon Defendants’ advertising and Product label claims in deciding to purchase the Product, the Product sold by Defendants was not a healthy food, doesn’t lend itself to a healthy lifestyle, did not contain accurate Nutrition Facts label statements, was not a low-calorie food, and was not a notable source of protein—all contrary to Defendants’ claims relating to the Product and its nutritional content.”

The lawsuit argues that consumers have been deceived into paying a premium price—approximately $12.99—for the allegedly mislabeled products.