This Alert Affects
Anyone who volunteered at an Insomniac Entertainment or Live Nation event.
Why Was a Lawsuit Filed?
The lawsuit alleges Insomniac Entertainment and Live Nation abused workers' rights under the Fair Labor Standards Act when they failed to pay volunteers the federal minimum wage for time spent working.
Type of Lawsuit
Class Action

A class action lawsuit has been filed against Insomniac Entertainment and Live Nation Worldwide, Inc. alleging that wages were illegally withheld from “volunteers” of the companies’ music festivals, concerts and other events. According to the suit, the companies recruited volunteers to carry out the work of paid employees at on-site general stores, merchandise tents, water stations and information booths, but failed to pay these "volunteers" for their time. The lawsuit claims this is a violation of the Fair Labor Standards Act (FLSA), which requires that all time spent working must be compensated at a rate of no less than the federal minimum wage ($7.25), and seeks to recover wages owed to these volunteers.

The lawsuit alleges the two for-profit companies purposely misclassified workers as “volunteers” to avoid their obligations to pay wages to these individuals. The suit cites specific violations of the FLSA, a federal overtime and minimum wage law. These violations include:

The plaintiff, who worked at Nocturnal Wonderland in San Bernardino, California, also alleges that the companies violated several state wage and hour laws by failing to provide volunteers with required rest and meal breaks during their shifts.

Which Laws Does the Suit Claim Were Violated?

Were Volunteers Misled into Working at the Festivals?

According to the suit, the companies took advantage of music lovers’ eagerness to attend the festivals by offering admission to the events in exchange for free labor. The lawsuit claims that the value of free admission to the events was “highly overstated and essentially worthless,” as the volunteers spent most of their time working for the defendants.

The lawsuit claims Insomniac recruited “Night Owl” volunteers with a flyer that said they would “receive meals, water, parking and time off to enjoy the festival.” According to the plaintiff, however, these volunteers often work between 12- and 14-hour shifts and are not given any time to enjoy the show.

Additionally, the recruitment flyers state that “Night Owls also learn about the inner workings of festival production”; however, the plaintiff claims that she did not receive any type of “valuable internship-quality training,” but instead performed general customer service and shop-keeping duties.

Furthermore, the suit claims the companies required a “refundable volunteer deposit,” which would be held if a volunteer did not complete his or her “duties” or behaved inappropriately. Therefore, in some cases, volunteers – who received no compensation for their labor – were forced to pay Live Nation and Insomniac to work at the music festivals, according to the suit.

Am I Covered by the Lawsuit? 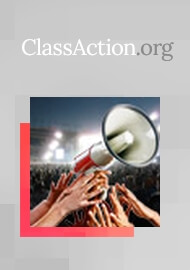