This Alert Affects
Patients who developed pancreatic cancer after using Byetta (exenatide).
What Is Byetta?
Byetta is a twice-daily injectable drug used to treat Type 2 diabetes. It belongs to a group of drugs known as incretin mimetics.
Manufacturer
Amylin Pharmaceuticals and former partner company Eli Lilly and Company.
FDA Warning
In 2013, the FDA announced that it would be investigating the safety of incretin mimetics after a study found that these drugs may cause pre-cancerous cellular changes in the pancreas. Previously, the FDA warned that there may be a link between Byetta and pancreatitis (inflammation of the pancreas), which may be a symptom of pancreatic cancer.
Type of Lawsuit
Mass Tort

Hundreds of lawsuits have been filed against the maker of Byetta on behalf of patients who developed pancreatic cancer. These lawsuits allege that Amylin Pharmaceuticals knew its type 2 diabetes drug could cause users to develop pancreatic cancer, yet failed to adequately warn patients and doctors about this risk. To this day, Byetta’s label does not carry a warning that patients may be at risk for developing cancer. Although the label warns users of the risk of pancreatitis (inflammation of the pancreas), plaintiffs allege that Amylin has downplayed this risk and failed to inform the public that this side effect may be a sign of cancer.

What Are the Lawsuits Saying?

Lawsuits that have been filed against Amylin allege that:

The plaintiffs are seeking compensation for medical bills, pain and suffering, loss of earnings, and in cases of death, funeral expenses. Many are also requesting punitive damages, which a judge may award to discourage other companies from engaging in similar conduct.

Is This a Class Action?

This is not a class action. Byetta users, or loved ones acting on their behalf, would have to hire their own attorney and file an individual lawsuit.

Recently, a multidistrict litigation (MDL) was formed on behalf of Byetta users. This means that all federally-filed lawsuits alleging a link between Byetta and pancreatic cancer have been consolidated to a single court (U.S. District Court Southern District of California) before a single judge (Anthony J. Battaglia). An MDL helps promote judicial economy by allowing one court to oversee hundreds or thousands of lawsuits that make similar allegations against the same defendant. This can help expedite the legal process and save money for all parties involved. Although one judge is overseeing the Byetta MDL, it is important to remember that each plaintiff retains control over the decisions made in his or her individual case.

During the last few years, several studies have linked Byetta to pancreatic cancer and pancreatitis. In 2011, a research team at the University of California Los Angeles studied post-marketing events that were reported to the FDA’s Adverse Events Reporting System database between 2004 and 2009. The results of the study, published in Gastroenterology, showed that patients using Byetta were nearly three times more likely to develop pancreatic cancer and at least six times more likely to develop pancreatitis when compared to patients pursuing different therapies.

In another study, researchers from the Johns Hopkins University School of Medicine reviewed thousands of medical records for patients with Blue Cross Blue Shield health insurance who had been diagnosed with Type 2 diabetes and who filled at least one prescription for an incretin mimetic drug, such as Byetta. According to the results of the study, which were published in the Journal of the American Medical Association in 2013, patients using incretin mimetic drugs were at “significantly increased” odds of requiring hospitalization for acute pancreatitis.

The FDA first published a safety alert for Byetta in 2007. In its alert, the FDA said that it had reviewed reports in its MedWatch program and found 30 post-marketing reports of acute pancreatitis in users. When these patients discontinued Byetta, their conditions improved, according to the FDA. As a result, the agency said that it would be changing Byetta’s label to include this risk.

The FDA updated its safety alert in 2008 to include information about hemorrhagic or necrotizing pancreatitis, a potentially fatal condition that causes inflammation in the liver and is marked by bleeding, tissue death and paralysis of the digestive tract. At the time of the update, it was reported that six patients had this potentially life-threatening form of pancreatitis, with two of the victims dying from the disease. In its warning, the FDA said that it was working with Amylin to update Byetta’s label to include “stronger and more prominent warnings” for this deadly form of pancreatitis.

In light of this information, the FDA approved a Risk Evaluation and Mitigation Strategy (REMS) for Byetta to determine if the drug’s benefits outweigh its risks. Under the REMS, Amylin was required to conduct six post-marketing studies on Byetta to help further define risk factors of the development of pancreatitis. The FDA also requested that the manufacturer explore potential signals of a risk of thyroid and pancreatic cancer.

The FDA addressed the possibility of pancreatic cancer in Byetta users for the first time in 2013 when it announced that it was evaluating new findings from an unpublished study. According to that study, pre-cancerous pancreatic cellular changes were reported in Byetta users, and patients using the drug were at an increased risk of developing pancreatitis.

How Can Byetta Cause Pancreatic Cancer?

Incretin mimetic drugs, including Byetta, work to mimic naturally occurring hormones known as GLP-1. Diabetics typically lack a sufficient amount of these hormones, which signal the pancreas to release insulin during and after a meal to reduce blood sugar levels. By increasing GLP-1 receptor activity, Byetta lowers the user’s blood glucose levels. Unfortunately, it is believed that increased levels of GLP-1 receptor activity are linked to a greater risk of pancreatic cancer. 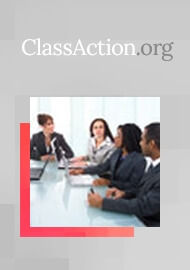 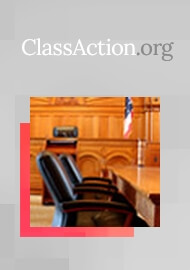 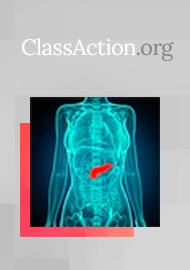 Januvia, Byetta Among Drugs To Be Studied For Pancreatic Disease