The litigation against Wells Fargo alleging the bank opened accounts without authorization has settled. The period for filing claims has passed and the settlement is currently being appealed. Checks will not be distributed until the appeals process has concluded. For the most up-to-date information on the litigation, please visit the settlement website here.

This Alert Affects
Wells Fargo customers who had a credit card, line of credit or other account opened in their name without their permission.
How Do I Know If an Account Was Opened without My Permission?
You may have received a new debit or credit card that you didn't request or a letter from Wells Fargo congratulating you on an account that you did not open. You may have also noticed that money was withdrawn from your account for unexplained reasons or that checks you deposited did not appear in your monthly statements. Some customers may have also received calls from collection agencies for accounts they didn't know they had or letters from Wells Fargo asking them to update information on accounts they never opened.
Why Was an Unauthorized Account Opened in My Name?
Allegations have surfaced that Wells Fargo employees resorted to opening unauthorized accounts in customers' names to meet unrealistic sales goals set by the bank.
How Could a Class Action Help Me?
If a class action is filed, you may be able to recover compensation for damage done to your credit, the cost of credit report monitoring, fees assessed to the unauthorized account and any other financial losses you suffered after an account was opened without your consent.

ClassAction.org is no longer reviewing claims for this case. The information here is for reference only.

Our full list of active lawsuits and investigations can be found here.

Wells Fargo customers who had unauthorized accounts opened in their names may be able to participate in a potential class action lawsuit. Attorneys are looking into reports that Wells Fargo placed unrealistic sales goals on its employees, who then resorted to fraudulent tactics to meet these goals – including opening accounts without customers’ permission. If any of the following happened to you, you may have had an account opened in your name without your knowledge:

In May 2015, Los Angeles City Attorney Mike Feuer filed a lawsuit against Wells Fargo alleging that the bank “victimized” its customers by using malicious and often illegal sales tactics to sell its banking and financial products. According to the lawsuit, the company pressured its employees to meet unrealistic sales goals and created policies that naturally drove workers to engage in fraudulent behavior, such as opening customer accounts and issuing credit cards without authorization.

The suit cites the bank’s “Gr-eight” initiative, which sought to increase the average number of products held by its customers from six to eight. The lawsuit claims that Wells Fargo constantly monitors its employees and requires each worker to report his or her sales numbers to district mangers four times a day. Employees who fail to meet their sales quotas are “often reprimanded and/or told to ‘do whatever it takes’ to meet their individual sales quotas,” according to the lawsuit.

The suit claims that the following practices took place at Wells Fargo:

Sandbagging: According to the lawsuit, Wells Fargo stockpiled customer applications and delayed opening new accounts or processing sales until a time that was “most beneficial,” such as the beginning of a new sales reporting period. For instance, the suit claims that “New Year’s Day was an especially common date to open ‘sandbagged’ accounts, because Wells Fargo ran a sales program called ‘Jump into January.’” Customers who asked about these delays were allegedly told that there was a technical problem, such as a computer system failure, that the error was an “oversight” and would be processed immediately, or that that mistake would require time to fix.

Pinning: In this alleged practice, Wells Fargo bankers would obtain a debit card number and assign it a pin, without the customer’s permission, to enroll him or her into online banking. The banker, according to the suit, would receive a sales credit, in return. To get around computer prompts requesting customers’ contact information, “bankers impersonate the customer online, and input false generic email addresses such as 1234@wellsfargo.com, noname@wellsfargo.com, or none@wellsfargo.com to ensure that the transaction is completed, and that the customer remains unaware of the unauthorized activity.”

Bundling: According to the lawsuit, Wells Fargo incorrectly told customers that certain accounts or products were only available as packages. These packages often included other products such as retirement plans, annuities, insurance and additional accounts. For instance, the suit claims that employees were told by their managers to “lie to customers by telling them that each checking account automatically comes with a savings account, credit card, or other product such as life insurance, and/or ‘Express Send’ (an online program that allows customers to send money to foreign countries).”

Wells Fargo did little, if anything, to discourage this behavior and even rewarded its employees for these practices, according to the lawsuit.

As a result of this behavior, the lawsuit claims Wells Fargo caused significant stress, hardship and financial losses for its customers. The suit specifically alleges that Wells Fargo:

It is important to note that the suit currently on file not a class action. While the suit looks to recover fees that were assessed to customers’ unauthorized accounts, the suit will only apply to Los Angeles county residents and “possibly some customers farther away,” according to Feuer.

How Can We Get a Class Action Filed for the Account Fraud?

Attorneys are working to determine whether a class action lawsuit can be brought against Wells Fargo in light of these allegations. Attorneys need to hear from Wells Fargo customers who suspect they had unauthorized accounts opened in their names to gather more information before taking legal action. 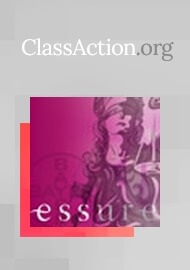