This Alert Affects
Anyone who had problems using or redeeming gift cards.
What's Going On?
It has been alleged that a number of companies are violating federal and state laws when it comes to the use and sale of gift cards. Federal law requires gift cards to be valid for at least five years and to clearly disclose any applicable fees that could reduce their value. Some states also allow customers to redeem cash for the remaining value of their gift cards after they fall below a certain amount. If companies are failing to abide by these laws, customers who lost money after experiencing problems trying to use or redeem their cards may be able to sue.
Has a Lawsuit Been Filed?
Yes. Multiple retailers, including Borders, Hollister, Rue La La and Best Buy, have faced class action lawsuits over gift card law violations; however, attorneys believe that additional lawsuits could be filed against other companies. They would like to hear from anyone who experienced problems using gift cards to help with their investigation.
Type of Case
Class action

This investigation stems from allegations that a number of retailers are violating federal and state laws that protect consumers’ rights to use and redeem these cards. Multiple retailers have faced class action lawsuits alleging that they illegally:

As a result, consumers have alleged that they were unable to use gift cards that should have been valid, with companies collecting a “windfall” of profit from unredeemed cards or certificates.

In 2009, Congress passed the Credit Card Accountability Responsibility and Disclosure (CARD) Act, which established federal law for gift card policies. Under the Act, gift cards cannot expire until five years after their date of purchase and must clearly state their terms and conditions on the cards themselves. The terms and conditions must disclose any applicable fees (e.g., dormancy, inactivity or service fees) that could reduce the gift card’s value. These fees cannot be imposed until after one year of inactivity and cannot exceed more than one charge per month.

Many individual states also have separate gift card provisions for expiration dates and fees, some of which are much more stringent than federal law. In Massachusetts, for example, gift cards cannot expire for seven years. Furthermore, some states allow customers to redeem the remaining balance on their gift cards for cash after they fall below a certain dollar amount, which typically ranges between $5 and $10.

Want to find out which state laws apply to your gift cards? Use our interactive, state-by-state guide to learn more about your rights as a consumer.

Multiple retailers have faced class action lawsuits over their gift card policies. In some cases, companies have been accused of using language that allegedly misleads consumers about the validity of their cards. For instance, some retailers may be using the term “not redeemable, except where required by law” to attempt to trick customers into believing the cards hold no value. In addition, other companies have been accused of altering the terms and conditions of their gift cards after they’ve been purchased, leaving customers unaware of fees that reduce the value of their gift cards.

Previously, Hollister settled a class action lawsuit that alleged the retailer refused to honor gift cards issued as part of a holiday shopping promotion where customers received a $25 gift card with each $85 purchase. While the $25 gift cards did not have any expiration dates printed on them, the plaintiffs alleged that Hollister refused to honor the cards and claimed that they expired just one month after they were issued. Under the settlement, Hollister agreed to provide new gift cards to roughly 10,000 customers who were unable to redeem their “expired” cards.

Most recently, the online shopping website Rue La La, which offers discounted gift certificates for restaurants, retailers and other businesses, was hit with a class action alleging that it violated several federal and state provisions regarding gift cards. In the lawsuit, the plaintiff alleges that she purchased a $59 certificate that was good for one personal training session at a gym, but was unable to redeem the certificate because it expired just four months later. The lawsuit alleges that the expiration period violates federal law, which requires gift cards to be good for at least five years after the date of purchase.

In the lawsuit, the plaintiff alleged that Rue La La and its partners “rely on the fact that consumers often will not manage to redeem gift certificates before the limited expiration period.” Because many consumers do not realize that expiration dates on these cards are unlawful, they often allow the company to keep the card’s value, according to the suit. As a result, Rue La La often collects “an enormous monetary windfall” from unredeemed gift cards and certificates, the suit claims.

Under the Credit CARD Act, gift cards cannot expire until after five years of the date of purchase; however, individual states have varying expiration date laws. For instance, Arkansas allows retailers to issue gift cards that expire after two years, but California prohibits expiration dates entirely.

Is My Gift Card Redeemable for Cash?

Can I Be Charged Fees?

Under the Credit CARD Act, companies are prohibited from imposing dormancy, inactivity, service or any other fees within one year of the card’s purchase. Furthermore, companies must clearly disclose these fees on their cards and cannot charge more than one fee per month.

Similar to expiration dates, certain states have varying laws for these fees that may be more stringent. Maryland, for example, only allows companies to impose fees after four years of the date of purchase, but Colorado prohibits companies from imposing any fees, at any time. 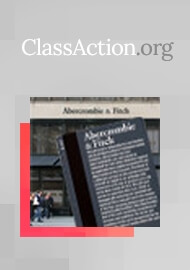