This Alert Affects:
Individuals who leased their land to energy companies in exchange for gas royalty payments.
Allegations:
It is believed that some landowners are being underpaid royalties for land leased to energy companies for natural gas extraction. This may occur when companies deduct post-extraction costs from royalty checks, sometimes in violation of signed contracts.
Company(ies):
Chesapeake Energy, QEP Energy or any energy company that entered into a gas lease with landowners.
Type of Lawsuit:
Class Action

It has been alleged that these companies are cheating landowners out of due royalties by:

In all of these instances, the individuals who leased their land for natural gas extraction are being paid less than they are owed.

Gas Companies Reportedly Withholding Up To 90% of Royalty Payments

Some landowners have reported that companies are withholding as much 90% of royalty payments for unspecified costs and “gathering” expenses. Gathering is the process by which natural gas from individual pipelines is mixed with that from other properties and companies.

Other costs for which companies withhold or deduct payments include:

It has been reported that in, some cases, landowners had royalties withheld even when their contracts specifically forbade these practices. Landowners may have also signed lease agreements without fully understanding the terms to which they were agreeing – or their legal rights.

Federal Protections – Not Enough for Landowners?

In 1989, the federal government passed a law that established a minimum royalty payment of 12.5% for oil and gas sales. Unfortunately, because a state Supreme Court ruling found that the term “royalty” was not defined under this law, energy companies such as Chesapeake are able to use their own interpretation – and this has reportedly led to unwarranted deductions. Companies have also been accused of manipulating costs and willfully withholding royalty payments, often with little explanation.

Ohio
In May 2013, an Ohio judge in the Fourth Circuit Court of Appeals ruled that the company could not appeal the approval of class action status certification in Lutz v. Chesapeake Appalachia. The suit alleges that Chesapeake “deliberately and fraudulently underpa[id] the full gas royalty due” to leaseholders. Plaintiffs and class members will also be able to pursue earlier claims if they can show that the company used fraudulent means to prevent them from discovering the underpayment during the four years before the suit was filed in 2009.

Pennsylvania
In September 2013, Chesapeake agreed to pay $7.5 million as part of a settlement with Pennsylvania landowners who claimed they were underpaid when the company deducted post-production costs from royalty checks. Several thousand leaseholders benefitted from the settlement. At the time, the states’ governor, Tom Corbett, met with company officials and publically expressed his “concern” about deductions from natural gas royalties.

West Virginia
Chesapeake faces a lawsuit in West Virginia over an allegedly expired lease. The suit was filed by landowners who claim they never received any royalties for a drill built on their land. Arbitration proceedings began in 2013, but a third arbitrator has yet to be selected, prompting the landowners – two brothers – to file a motion to compel arbitration. Chesapeake reportedly continues to remove gas from the property without paying full royalties.

In September 2013, class certification was granted to two subclasses in a lawsuit alleging that Energy Corp. of America underpaid oil and gas royalties to landowners. The suit was originally filed in 2010 and was amended as a class action in March 2011. This overturned a previous order denying class certification, made in August 2013, when the class membership was thought to exceed no more than 40 individuals.

Court documents, including the company’s motion to dismiss the complaint, accuse the company of:

“1) taking impermissible volumetric deductions in calculating the gas royalty; 2) using the incorrect price of gas sold when calculating the royalty; 3) taking excessive and unauthorized expense deductions when calculating the gas royalty; and, 4) paying no oil royalty or underpaying the oil royalty. The Plaintiffs further averred that they did not discover the breaches until the autumn of 2010 because ECA concealed the breaches by issuing accounting statements on the royalty check stubs that contained misrepresentations and omitted material facts.”

In May 2013, QEP Energy sought final approval for a $115 million settlement, in Chieftain Royalty Company v. QEP Energy Company, to resolve allegations that it had underpaid royalties when deducting production costs from royalty payments. The lawsuit was filed in U.S. District Court for the Western District of Oklahoma on behalf of more than 1,000 individuals. The settlement also saw the company change its policy on royalty payments. The company no longer charges landowners for processing costs, and a cap has been placed on gas-related fees.

In 2003, Exxon was found to be defrauding the state of Alabama out of royalty payments and was ordered by the courts to pay more than $100 million in back-pay royalties. In August 2012, a Kansas judge approved a $54 million settlement with landowners who claimed they were underpaid royalties when Exxon made deductions for expenses that occurred downstream of their wells. The settlement also ended a lawsuit filed in Kansas state court against Exxon over royalties dating back to 2000.

Texas
In 2010, Shell Oil Co. was hit with a $66 million verdict after a jury found the company had misled landowners and underpaid royalties after discovering and attempting to hide a large well on leaseholders’ hand.

Columbia Natural Resources, NiSource and Chesapeake subsidiary Chesapeake Appalachia were hit with a $400 million jury verdict in 2007 for underpaying individuals in West Virginia who entered into leaseholder agreements with the companies. The suit was filed in 2003 and claimed that the companies had deducted gathering and transport costs from royalty payments. The settlement was the third largest in the United States in that year.

This is not an exhaustive list. It is believed that a number of energy companies have cheated or continue to cheat their leaseholders out of due royalty payments. 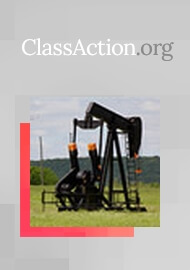