This Alert Affects
Consumers who suffered from liver failure after taking Tylenol (acetaminophen).
What Are the Allegations?
Lawsuits allege that consumers suffered from acute liver failure after taking Tylenol and that the drug's manufacturer failed to adequately warn the public of this risk.
Manufacturer
McNeil PPC, a wholly owned subsidiary of Johnson & Johnson.
FDA Warning
In January 2014, the FDA announced that doctors should stop prescribing drugs with more than 325 mg of acetaminophen per dosage. The agency also said that it would be addressing over-the-counter drugs containing acetaminophen, such as Tylenol, in a separate regulatory action.
Type of Lawsuit
Mass Tort

Lawsuits have been filed on behalf of dozens of Tylenol users who developed acute liver failure after using the popular pain reliever. Plaintiffs allege that the maker of Tylenol, McNeil PPC, knew that its drug could put users at risk for liver failure, but concealed this information from the public. Pharmaceutical companies, including McNeil, are required to provide proper warnings regarding all possible adverse side effects associated with use of their drugs. Because McNeil allegedly failed to alert patients and doctors to the serious risk of liver failure, victims are now seeking compensation from the pharmaceutical giant for medical bills, lost wages and other damages.

What Are the Lawsuits Saying?

More than 100 lawsuits have been filed against McNeil alleging that use of Tylenol can lead to serious liver injuries. While some plaintiffs claim that they suffered from acute liver failure and required a liver transplant, others are representing loved ones who have passed away. These lawsuits claim that the drug is defective in design and is unreasonably dangerous – even when it is used as directed. The lawsuits also allege that:

These plaintiffs are seeking compensation for past and future medical bills, past and future loss of income, loss of consortium (loss of marital relations, companionship etc.) and physical pain and suffering. They are also requesting punitive damages, which a judge may award if he or she believes that the defendant acted in a willful and wanton manner.

This is not a class action. If you or a loved one suffered liver failure due to use of Tylenol, you will have to hire an attorney to help you file an individual lawsuit. At ClassAction.org, we can help you get in contact with an attorney who may be able to assist you and answer questions about your legal rights. For more information on why this is not a class action, click here.

As of 2013, the Tylenol lawsuits were consolidated into a multidistrict litigation (MDL) in the U.S. District Court Eastern District of Pennsylvania. This means that while each plaintiff will retain his or her own suit, one judge – Lawrence F. Stengel – is overseeing discovery (pre-trial proceedings) for all of the lawsuits. This helps to avoid inconsistent rulings, quickly resolves any pre-trial discrepancies and ultimately saves time and money for all parties involved.

How Could Tylenol Cause Liver Failure?

Although the FDA’s regulations only apply to prescription drugs, the agency said that it would be addressing over-the-counter drugs containing acetaminophen in a separate announcement. Previously, the FDA suggested that adults take no more than 4,000 mg of acetaminophen in a 24-hour period; however, the new announcement noted that it is often too easy for consumers to overdose on acetaminophen, since many do not realize that it is used in many different medications. 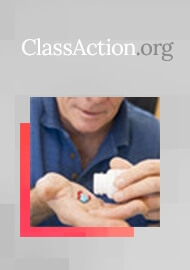 Amid Lawsuits, Poll Shows Consumers Are Unaware of Tylenol's Risks

Tylenol's Usage and Risks May Be Widely Misunderstood 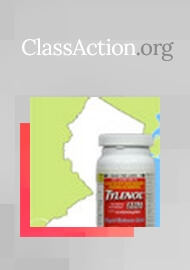