This Alert Affects
Patients who experienced internal bleeding while taking Pradaxa.
Injuries
Internal bleeding in the kidneys, gastrointestinal tract, and brain.
Manufacturer
Boehringer Ingelheim Pharmaceuticals
What is Pradaxa?
Pradaxa (dabigatran etexilate) is a blood thinner used to reduce the risk of stroke in patients with atrial fibrillation.
FDA Warning
On December 7, 2011, the FDA issued a safety announcement regarding Pradaxa, warning of "serious bleeding events" and urging patients to consult their healthcare professionals if bleeding or unusual bruising occurred.
Type of Lawsuit
Mass Tort

Thousands of lawsuits have been filed against Boehringer Ingelheim claiming that Pradaxa puts patients at risk for irreversible bleeding in the gastrointestinal tract, brain, kidneys and other organs. According to the lawsuits, the manufacturer knew about this risk and failed to warn patients and medical professionals that there is no effective way to reverse the blood-thinning effects of the drug. This means that, in the event of a bleeding emergency, it will be difficult, if not impossible, to stop a patient from bleeding, putting him or her at risk for serious injury or death, the lawsuits claim.

If you or a loved one used Pradaxa and suffered a severe internal bleed, you may be able to collect compensation for medical bills, pain and suffering, and, in the event of death, funeral expenses. At ClassAction.org, we believe that Boehringer Ingelheim released an unreasonably dangerous drug into the marketplace and should be held accountable for the side effects caused by its product.

Why Are Pradaxa Lawsuits Being Filed?

Product manufacturers, including pharmaceutical companies, have a legal obligation to warn consumers of any foreseeable risks their products may present. When manufacturers neglect to warn consumers of these risks, they may be liable for any injuries and losses sustained as a result. The suits against Boehringer Ingelheim allege that patients and doctors were not properly warned about the dangers associated with Pradaxa, specifically the risk of uncontrollable internal bleeding. These lawsuits are seeking compensation for medical bills, pain and suffering and, in the event of death, funeral expenses.

This is not a class action. These lawsuits are being filed individually. You will need to hire an attorney if you or a loved one suffered an internal bleeding injury and would like to take legal action. To learn more about why this is not being handled as a class action, please click here.

In August 2012, all federally-filed lawsuits alleging a link between Pradaxa and internal bleeding injuries were consolidated to the U.S. District Court for the Southern District of Illinois before a single judge – the Honorable Judge David R. Herndon. This type of legal proceeding is known as multi-district litigation (MDL). An MDL is often used to expedite the discovery process (when evidence is collected and reviewed) in complex pharmaceutical lawsuits because these cases can involve millions of documents. In an MDL, the evidence will be collected at once and can be used by any plaintiff looking to prove his or her claim. It is important for claimants to remember that just because an MDL has been formed, plaintiffs will still retain their own attorney, lawsuit and right to an individual award.

Most attorneys who handle defective drug lawsuits work on contingency fee basis. This means that, in most cases, you will only have to pay your attorney if you win your case.

While bleeding is generally recognized as a complication of blood-thinning medications, lawsuits claim that Pradaxa is particularly risky because it has no reversal agent that can be administered in the event of a bleeding emergency. While the blood-thinning effects of Warfarin can be reversed with Vitamin K, no such antidote exists for Pradaxa, according to the lawsuits. Therefore, should a Pradaxa user begin bleeding uncontrollably or excessively, medical professionals are left without an effective way to reverse the anticoagulation effects of the drug. This may result in permanently disabling and life-threatening consequences, including death. Lawsuits allege that both patients and doctors were not properly warned about the drug’s lack of an antidote.

Other allegations posed by the lawsuits include the following:

The death of a Pradaxa user due to a brain hemorrhage has raised concerns about the drug’s bleeding risk. According to reports, an 83-year-old man suffered a minor fall, after which he was submitted to the hospital. Initially, the man appeared fully alert and oriented, with his brain scans revealing small, superficial hemorrhages. Within six hours, his condition worsened rapidly. With the blood spreading to half of his brain, the man fell into a coma and died shortly thereafter.

Because there is no antidote for Pradaxa, the doctors in this case struggled to find a way to stop the excessive bleeding that has allegedly been linked to the administration of the blood thinner. The doctors treating the 83-year-old fall victim tried to use IV fluids and a protein known as recombinant factor Vlla in an attempt to stop the patient’s hemorrhaging; however, these possible reversal agents have reportedly proven ineffective in stopping bleeding events in Pradaxa users.

According to researchers, the only way to stop bleeding on Pradaxa is to give the patient dialysis, a time-consuming medical treatment where waste and excess water is removed from the blood. Unfortunately, in some cases, it may be too late to use dialysis by the time the physician realizes that the bleeding is due to Pradaxa, as the procedure takes hours to complete and is typically not the first treatment utilized for uncontrollable bleeding.

According to prescribing information for Pradaxa, bleeding events are more common in patients who:


In November 2011, Boehringer Ingelheim confirmed that at least 260 fatal bleeding events were reported in Pradaxa users worldwide between March 2008 and October 2011, according to Reuters; however, lawsuits claim that the number of Pradaxa-related deaths is still unknown.

Did you or a loved one suffer a severe internal bleed on Pradaxa? If so, it's not too late to join other patients and families who have filed lawsuits against Boehringer Ingelheim. 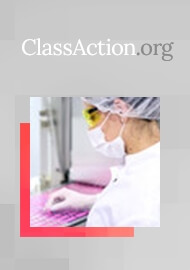 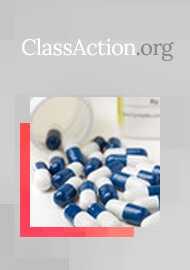 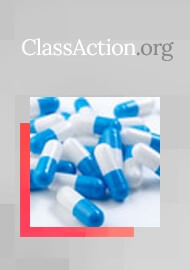 Pradaxa: If it's so bad, why do the U.S. and Europe still use it?