This Alert Affects:
Women taking Paxil who delivered a child with a congenital heart defect, persistent pulmonary hypertension or other birth defect. Also, families of Paxil patients aged 18 to 24 who committed suicide.
Damages:
Pregnant women taking Paxil have a greater risk of delivering children with congenital, cardiovascular or pulmonary malformations. Paxil has also been linked to suicidal tendencies in patients aged 18 to 24.
Company(ies):
Glaxo Smith Kline
Additional Details:
Paxil is an anti-depressant that corrects the brain's chemical imbalance of serotonin. It is prescribed to treat depression and anxiety disorders.
Date:
On Dec. 8, 2005 the FDA released a warning about birth defects associated with Paxil use. A year later, the FDA announced that Paxil must include an expanded warning detailing the possible risk of suicide for patients ages 18 to 24.
Type of Lawsuit:
Mass Tort

Manufactured by GlaxoSmithKline, Paxil is an antidepressant used to treat depression and several anxiety disorders.

In Dec. 2006, the FDA announced that Paxil and other antidepressants are dangerous when prescribed to minors and young adults. Paxil received a label change to include a warning of suicidal thoughts in 18 to 24 year old patients. The previous warning only indicated that children under 18 were likely to develop suicidal tendencies on the drug.

In addition to causing suicidal thoughts in young people, Paxil has also been linked to birth defects. Research shows pregnant women taking Paxil during their first trimester are twice as likely to deliver a child with heart defects. Most commonly, the babies were born with holes between the two main chambers.

If your child was born with a heart defect or if a loved one has committed suicide due to Paxil use, you can seek legal help. 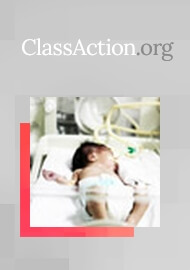