The Nintendo Switch gaming system is at the center of a proposed class action lawsuit in which a consumer claims the Switch’s Joy-Con controllers contain a design defect.

The lawsuit detailed on this page has been sent to arbitration. United States District Judge Thomas S. Zilly has denied Nintendo’s motion to dismiss the case while granting the video game giant’s motion to compel arbitration despite the plaintiff’s arguments.

As a result of the arbitration order, the proposed class action has been put on hold. According to a court filing, the parties have until December 31, 2020 to submit to the court a joint status report on the arbitration proceedings.

An amended class action complaint has been filed against Nintendo of America over the allegations detailed on this page. Notably, the amended suit filed in Washington’s Western District has grown to include Nintendo’s Switch Lite, which the plaintiffs allege also suffers from the controller drifting defect.

“This defect significantly interferes with gameplay and thus compromises the Switch and Joy-Con controller’s core functionality,” the suit reads.

The amended class action complaint can be read in full here.

Amid swelling public response to and a class action lawsuit filed over an apparent defect with the Switch’s detachable “Joy-Con” controllers, Nintendo has reportedly told customer service representatives via internal memo that the company will repair the controllers free of charge, as well as refund those who’ve already paid for repairs.

First reported by Vice, who says it was provided the memo by a source familiar with Nintendo’s revised customer support documentation, customers “will no longer be requested to provide proof of purchase for Joy-Con repairs,” nor will it be necessary to confirm warranty status.

In a statement released over the weekend to several publications, Nintendo said:

"At Nintendo, we take great pride in creating quality products and we are continuously making improvements to them. We are aware of recent reports that some Joy-Con controllers are not responding correctly. We want our consumers to have fun with Nintendo Switch, and if anything falls short of this goal we always encourage them to visit http://support.nintendo.com so we can help."

Nintendo has not publicly acknowledged any alleged defect with the controllers, saying only that it is aware of recent reports. ClassAction.org will keep you posted on the status of this case as it progresses.

The Nintendo Switch gaming system is at the center of a proposed class action lawsuit in which a consumer claims the Switch’s Joy-Con controllers contain a design defect. 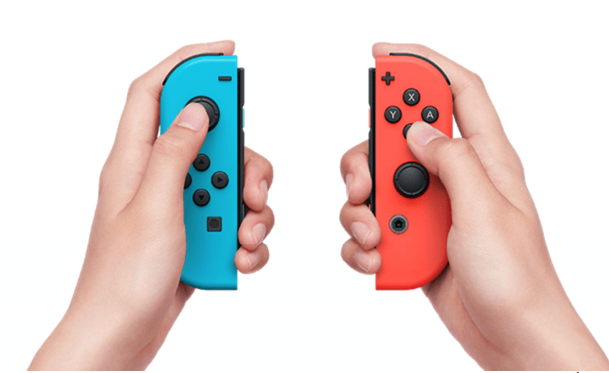 According to the lawsuit, the controllers (pictured left)—which are designed to be used on each end of the portable device, as part of a grip accessory, or detached from the device to be used as two separate controllers—are prone to “drifting.” The case explains that drifting happens when the controller activates on its own and manipulates gameplay without the user’s input, which the suit says interferes with the device’s core function.

“Since the entire purpose of the Switch is to play video games and the purpose of the Joy-Con specifically is to control the gameplay in those video games, the defect goes to the device’s central functionality and results in the device failing of its essential purpose,” the complaint reads.

Nintendo, the lawsuit alleges, has known about the apparent defect for years due to customer complaints and its own internal pre-release testing yet has failed to offer a solution or repair the issue.

The plaintiff says he received a refurbished set of controllers after complaining to Nintendo that his first set had begun exhibiting the drift issue. Just three months after the replacement set arrived, the new controllers, as well as another set the man purchased, began experiencing the same problem, the case alleges. The plaintiff says he spent $90 on two additional left-hand controllers for his two sets.

The lawsuit claims proposed class members—those who purchased a Nintendo Switch or Joy-Con controllers in the United States—are owed money as a result of the alleged defect.

“Because of Defendant’s actions,” the complaint reads, “Switch owners have suffered damages in the form of loss of use of the essential purpose and central functionality of their Switches and Joy-Con controllers, diminution of value of their Switches, and lost time and expense involved in contacting Nintendo and retailers about the problem.”