This Alert Affects
Farmers who grow wheat within the U.S. and whose crops may have been contaminated by genetically modified crop.
Damages
It has been alleged that GM wheat has cross-pollinated with conventional wheat, rendering the latter un-exportable and unfit for human consumption
Company(ies)
Monsanto
Additional Details
The Pacific Northwest area is majorly affected, with soft white wheat exports already cancelled.
Date
USDA confirmed discovery of modified wheat on May 28, 2013.

Farmers whose crops have been affected by Monsanto's genetically-modified “Roundup resistant” wheat may have legal recourse through a class action lawsuit. It has been alleged that Monsanto, a biotechnology company, has allowed genetically engineered wheat, unapproved by the USDA, to cross-pollinate with wheat grown in the Pacific Northwest, damaging crops and potentially affecting farmers' profits.

Between 1998 and 2005, Monsanto cultivated engineered wheat designed to resist the company's pesticide, Roundup. The project was eventually terminated and approval for the new wheat was never requested. The experimental wheat was grown in 16 states and, at the end of the study, the affected crops were thought to have been destroyed. Now, farmers contend that Monsanto failed to take adequate steps to ensure that the modified wheat was contained and unable to affect surrounding fields, and that modified wheat and/or pollen has contaminated conventional wheat fields. Wheat exports are worth $8.1 billion, making up nearly half of U.S. wheat crop revenue.

Genetically engineered wheat has now been found by farmers. Samples of wheat subjected to independent studies have confirmed that Monsanto's genetically engineered crop has contaminated existing fields, and on May 28, 2013, the U.S. Department of Agriculture confirmed the results. The affected crops have been found in fields never used for roundup-resistant wheat trials. It is alleged that Monsanto is therefore responsible for allowing unlicensed engineered wheat to mix with conventional crops. Following the announcement, Japan cancelled scheduled imports of soft white wheat, with the European Union, South Korea and China imposing stricter testing on imports of U.S. wheat.

The impact on farmers and the U.S. wheat industry is not yet known, but the cancellation of export orders, such as Japan’s on May 28, 2013, indicates a potentially devastating decrease in revenue. Genetically modified wheat is unpopular with consumers and often unlicensed for human consumption. Unlike related genetically modified crops such as corn and soy, which can be used for animal feed or biofuels, wheat is consumed unprocessed by humans, and so genetically modified forms of the crop are currently unapproved.

A similar GMO scare in 2006 saw lowered market prices for U.S. long grain rice after the crops were found to have been contaminated by experimental genetically modified crops grown by Bayer CropScience. Again, Europe and Japan immediately imposed import bans. Bayer eventually agreed to a settlement.

Farmers May Be Entitled to Compensation

Prices for soft white wheat have already diminished within certain states following the announcement that modified wheat had been discovered. Farmers may face increased costs associated with further testing along with a lowered overall value, as well as the loss of both export and domestic. Lawsuits are already being filed seeking compensation from Monsanto for negligence, loss of income, product liability and nuisance, as well as punitive damages. Farmers are also asking judges to compel Monsanto to decontaminate any affected farmland. 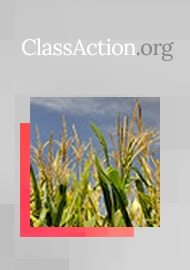 GM Crops In The U.S.: The Laws and The Flaws 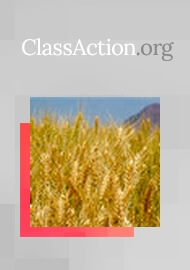