This Alert Affects
Consumers who own a property installed with certain single hung windows manufactured and sold by MI Windows and Doors, Inc.
Damages
It has been alleged that MI Windows and Doors' 8500/4300/3500 single hung windows contain a defect which may allow water to leak inside the home and seep into structures which are fitted with these windows. The formation of mold and mineral deposits have also been reported by homeowners with MI Windows complaints.
Company(ies)
MI Windows and Doors, Inc.
Additional Details
Properties which were installed with the windows may decrease in value due to damage caused by the windows, according to one MI Windows class action.
Type of Lawsuit
Class Action

Consumers who own a property installed with 8500/4300/3500 single hung windows manufactured and sold by MI Windows and Doors may have legal recourse. According to a MI windows class action lawsuit, the windows are defective and may allow water to leak inside the home. Because the company allegedly released a defective product into the marketplace, consumers who experienced problems with these windows may be able to file a claim seeking compensation for property damage, replacement costs and other losses.

If you have experienced problems, such as water leakage, with these windows, you may be entitled to compensation.

According to a MI Windows class action lawsuit filed in New York, the company’s 8500/4300/3500 single hung windows contain a design defect, which causes the seal at the bead along the bottom of the double pane glass to become compromised. Allegedly, the loss of seal can allow water to enter the inside of the window and leak into structures which are fitted with these windows. The MI Windows class action lawsuit further claims that the water invasion can lead to the development of mold and mineral deposits, which can compromise the structural integrity of the windows and seal and, in turn, allow water to leak inside the home. Allegedly, these problems have led consumers to spend money to install replacement windows and to repair or replace other property inside their homes when the windows began to leak water onto their floors and walls. Additionally, it has been alleged that the property value of properties installed with these windows have diminished because of the defect and subsequent damage.

If your MI Windows suffered from moisture invasion or water leakage, you may be entitled to compensation for any resulting damages.

In addition to claiming that the 8500/4300/3500 single hung windows are defective, the MI Windows class action lawsuit also alleges that the company knew about the defect and failed to disclose this risk to the public. If the allegations posed by the MI Windows class action are true, consumers will have purchased windows that they otherwise would not have bought had they known about the defect. Potentially, these individuals may be able to file a claim seeking compensation for replacement costs, property damage, loss of property value and other damages through a MI windows class action lawsuit. 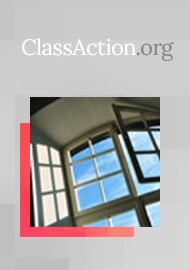 MI Windows May Have Manufacturing Defect