This Alert Affects
Individuals who own a home or other property that was built with Maibec eastern white cedar shingles.
Reported Problems
Cracking, warping and curling shingles
Manufacturer
Maibec, Inc.
Type of Lawsuit
Class Action

Homeowners who have installed Maibec cedar shingles on their property have filed a class action lawsuit alleging that the shingles are defective. According to the lawsuit, Maibec’s eastern white cedar tree shingles contain design defects, which cause them to crack, warp, and peel. The lawsuit also alleges that Maibec does not honor its warranty obligations to fix or replace the faulty shingles.

According to the lawsuit, customers have reported premature failure of the following brands of Maibec eastern white cedar shingles:

Homeowners who have purchased and installed these brands of Maibec shingles have reported a wide variety of problems, including:

Additionally, some customers have reported that the shingles appear to move and “come alive” when exposed to direct sunlight. The lawsuit alleges that the eastern white shingles fail as early as several years after they have been installed. One homeowner who installed Maibec shingles reportedly stated that they looked 20 years old after only a few years.

Maibec Accused of Not Honoring Warranty for Cedar Shingles

The Maibec class action also alleges that the company does not honor its obligations to customers by failing to provide the corrective services found within its warranties. Maibec reportedly provides a 50-year warranty against wood decay, a 30-year warranty on two coats of solid stain, and a five-year warranty on labor. Despite these warranties, Maibec refused to repair or replace the defective shingles, according to the allegations contained in the class action.

Maibec advertised that its eastern white cedar shingles were “safe reliable, and worry-free.” The class action lawsuit alleges that the company knowingly and intentionally concealed and failed to disclose that its shingles routinely warp, peel, crack, buckle and curl well before the expiration of the warranty period. According to the class action, Maibec knew its shingles were defective, yet continued to sell them and disregard its warranty obligations. 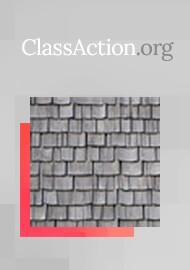 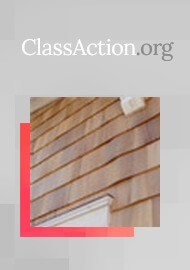