Unpaid interns across the country continue to file – and win – class action lawsuits against the companies they work for.

The interns claim they’re performing the work of paid employees and should be making at least the minimum wage. MGM, Viacom and Warner Music are just a few of the big names to get sued and these lawsuits show no signs of slowing down.

When Are Interns Employees?

Interns are employees if the company they work for (1) is a for-profit organization and (2) is not meeting the six criteria set out by the Department of Labor (DOL) for a legitimate internship experience.

Based on these criteria, we’ve compiled a list of signs that may indicate you’re an employee, not an intern:

You’re Not Learning Anything. According to the Department of Labor, internships should be similar to the training you’d receive in a classroom. You’re at an internship to learn, not to carry out the company’s day-to-day business. In fact, the DOL says that you should actually be impeding business operations.

While filing paperwork, answering phones and assisting customers provides some help to those entering the working world, the DOL says that these tasks still benefit the employer – meaning that your work is probably something you should be getting paid for.

You’re Filling in for Someone Else. If you find out that you’re filling in for someone on maternity leave or replacing someone who got fired because he or she made too much money, you may be an employee, not an intern.

You’re Not Being Supervised. As an intern, you should be job shadowing – meaning you’re learning new skills under the “close and constant supervision” of regular employees. If you’re thrown in a room and given a task that directly benefits the company, your internship could be illegal.

A Job Similar to Yours Is Posted Online You should be carrying out tasks that are different from those of paid employees. If you’re job hunting and you see an available position at the company that’s substantially similar to the job you’re doing, you may actually be an employee under labor laws.

The Company Tells You “There’s Always a Chance of Getting Hired at the End!” Lawsuits have accused companies of giving interns hope that if they worked long and hard enough for free that they could receive a job at the end. Companies generally cannot use unpaid internships as “trial periods.” People being considered for permanent positions must be paid for their work.

Only a lawyer can determine whether you’re an employee. An attorney who is well-versed in state and federal employment laws would be able to help you learn more about your internship. If you’re not getting paid and should be, you may be able to file a lawsuit on behalf of yourself and other interns at the company. There’s no cost for getting in touch or talking to a lawyer and you’re never obligated to take legal action if the attorney thinks your internship is illegal.

When Should an Intern Be Paid the Minimum Wage?

If a company cannot meet the DOL’s criteria for a legitimate internship experience, the intern should be considered an employee under a federal employment law known as the Fair Labor Standards Act (FLSA) and receive at least the minimum wage for each hour worked.

Some companies offer the minimum wage to interns just to ensure they don’t get in trouble, but there’s no labor law that says interns must be paid. If your internship is masquerading as a paid position, however, you should be receiving at least the minimum wage. This practice – hiring unpaid interns to perform the work of paid employees – is the reason big names like MGM have been sued.

Who’s Been Sued? Have These Cases Been Successful?

Entertainment, fashion and media companies have been hit the hardest by unpaid internship lawsuits. Other industries, however, are starting to face lawsuits in light of the fact that a lot of companies offer internships, but aren’t exactly clear on when interns should be paid.

While many of these lawsuits are still in progress, examples of the first settlements include:

The amount each intern received varied; however, interns in the Warner Music lawsuit are reportedly entitled to $750 for each semester they worked, but cannot collect more than $1,500 total.

Kimi Gupta v. MGM HD Productions, LLC
An example of a lawsuit filed by an intern who claims she should have been paid for her work.
Internship Programs Under the Fair Labor Standards Act
The Department of Labor provides general information to help determine whether interns should be paid for their work. 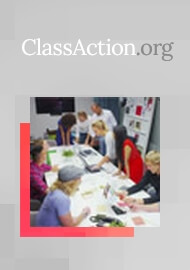 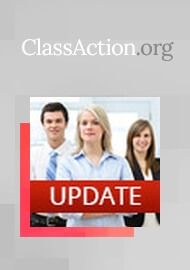 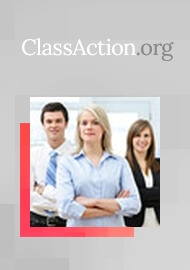 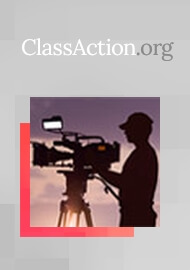