This Alert Affects
Patients who underwent surgery with the da Vinci surgical robot.
Damages
Complications reportedly associated with the da Vinci surgical robot include burns, lacerations of the bladder, uterus and esophagus, and tears or perforations of arteries or organs, and death.
Company(ies)
Intuitive Surgical, Inc.
Additional Details
The da Vinci surgical robot has four remote-controlled arms and a 3-D camera and is used to perform urologic, gynecologic and laparoscopic surgery through small incisions. The robot was introduced to make these procedures less invasive, allow patients a quicker recovery time, and provide surgeons with a greater range of motion than the human hand.
Type of Lawsuit
Mass Tort

Intuitive Surgical, Inc. is facing a number of lawsuits claiming that it failed to provide proper training to doctors using its da Vinci surgical robot, putting patients at risk for serious injury and/or death. A number of patients have reported serious complications after undergoing surgery with the device – ranging from organ damage to surgical burns – and have elected to take legal action against Intuitive for monetary damages.

If you or a loved one has suffered an injury after surgery with a da Vinci robot, you may also be able to file a claim seeking compensation for medical bills, pain and suffering and other losses.

Intuitive Surgical Inc. reportedly marketed its surgical robot to hospitals as a way to increase profits and gain market share. When a hospital purchases a robot, Intuitive will provide a two-day training course for two of the facility’s surgeons. This training typically involves classroom training, practice procedures on a pig and several supervised surgeries with the device; however, some are claiming that surgeons will have to perform hundreds of procedures to become proficient with this cutting-edge machine. It has been alleged that some doctors are performing surgery with the da Vinci surgical robot after only a few training cases. For instance, one surgeon in Washington reportedly received one day of manufacturer-provided training and performed two supervised surgeries with the device. During his third procedure with the robot, the surgeon performed an unsupervised prostatectomy on a 67-year-old patient who later died due to surgical complications allegedly linked to the surgeon’s inadequate training.

On May 8, 2013, Intuitive alerted surgeons to a potential issue with the da Vinci surgical robot that could put patients at risk for burn injuries. According to Intuitive, scissors which are used with the surgical system may develop “micro-cracks” which could expose patients to an electric current, resulting in tissue burns. Although the company has received one injury report linked to scissors which, upon examination, were determined to have cracks, testing did not indicate that any current leaked from the part. The company has not recalled the scissors, but will be removing the affected models once a replacement has been found.

At least one patient has filed a lawsuit alleging that the da Vinci surgical robot contains design defects. According to the suit, the monopolar energy used by the surgical robot to cauterize and cut can cause injuries. It is believed that, due to insulation problems with the devices four arms, the electrical current can jump to other areas of the patient’s body, including healthy tissue and organs.

Problems with the da Vinci Robot

Complications which have been linked to the da Vinci surgical robot include, but are not limited to the following:

In early 2013, the FDA began conducting surveys of surgeons using the device, following an “increase in the number of reports received” about the da Vinci surgical robot. Reports which were received this year included a death resulting from an accidental nick of a blood vessel, a death following spleen surgery and a perforated colon.

If you or a loved one experienced problems stemming from a da Vinci robot surgery, you may be able to file a lawsuit to recover monetary damages. A handful of patients have already filed suit seeking compensation for medical bills, pain and suffering and other losses. 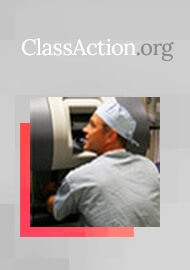 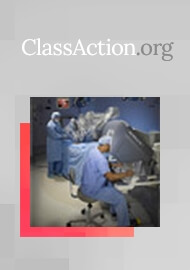 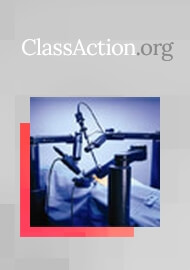