March 9, 2022 – Investigation Closed, Litigation Continues
Attorneys working with ClassAction.org are no longer reviewing claims on behalf of military members who allege they experienced hearing loss related to their use of 3M’s dual-ended Combat Arms earplugs.

The litigation against 3M, however, continues to move forward. So, if you have questions about your rights and whether you can file a lawsuit, reach out to an attorney in your area. Most offer free consultations. Keep in mind that every case is subject to a statute of limitations, which places a time limit on how long you have to file a claim, so you may wish to act quickly.

The information below was posted when the investigation began and remains for reference only. Our open list of investigations can be found here.

This Alert Affects:
People who served in the military anytime between 2003 and 2015 and experienced hearing loss after using 3M dual-ended Combat Arms Earplugs.
What’s Going On?
Defense contractor 3M Company settled a False Claims Act lawsuit in July that alleged the dual-ended Combat Arms Earplugs it supplied to the military between 2003 and 2015 were defective and caused many service members to suffer hearing loss.
How Can a Lawsuit Help?
A lawsuit could award money to affected individuals for medical bills, pain and suffering, and other damages they’ve suffered from using the allegedly defective earplugs.
Is this a Class Action?
No. You will need to speak to an attorney to file your own lawsuit specific to your experience and injuries. You can find out more about the process by contacting us through the form on this page.

According to a $9.1 million settlement this past July, 3M knowingly sold defective 3M Combat Arms earplugs, Version 2 (CAEv2) to the United States military without disclosing that the CAEv2 earplugs could cause wearers to develop hearing loss.

Now, attorneys working with ClassAction.org want to help service members recover compensation for medical bills, pain and suffering, and other damages they’ve experienced as a result of using these allegedly defective military earplugs.

What Earplugs Are We Talking About?

The earplugs believed to be defective were selective attenuation earplugs that were standard issue in certain branches of the military between 2003 and 2015. They were dual-ended, with one yellow end and one olive green end, and offered two levels of noise protection depending on how they were worn. 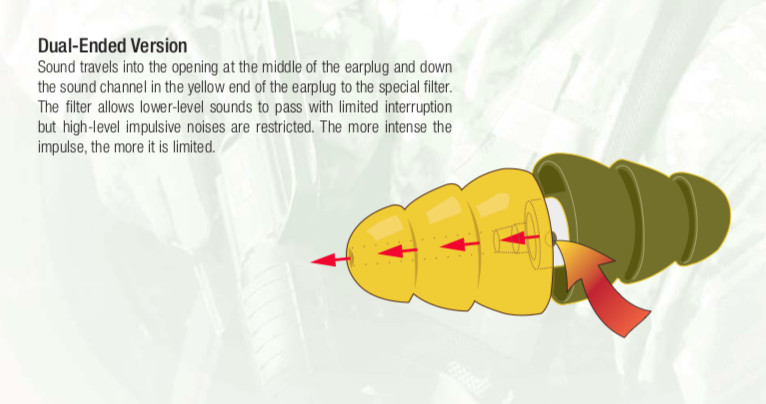 Why Were the Earplugs Believed to Be Defective?

According to court documents, the 3M earplugs were too short and could loosen imperceptibly in the wearer’s ear, exposing him or her to damaging noises that could result in hearing loss or tinnitus.

The False Claims Act case argued that 3M, the exclusive supplier of selective attenuation earplugs to the military between 2003 and 2015, knew of the issue since 2000 and falsely claimed that the earplugs met the military’s safety standards.

Why Are New Lawsuits Being Filed?

The earplug case settled in July was a whistleblower case filed under the False Claims Act, so it only compensated the government for the money it spent purchasing allegedly defective earplugs.

As for the affected service members, they can now file individual lawsuits to seek compensation for damages they’ve suffered, such as personal injuries, pain and suffering, and loss of life’s enjoyment.